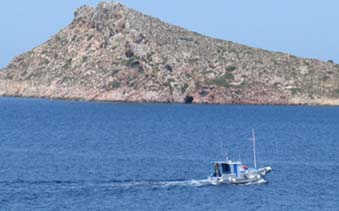 AvasFlowers
“Not worth the price I paid”
I ordered a beautiful wispy arrangement via the Ava's Flowers website. The one that was delivered didn't look anything like the one I picked. In the picture one side had 4 roses. The one delivered had four roses in total. It did not have the raffia bows tied inside arrangment which gave it the wispy appearance. It wasn't as full as the one that I picked. I did not buy the standard, but increased the size and the price. The vase on the website was unique as well and the vase that was included was basic glass. The rose in front appears to be completely open. The recipient is going to be in the hospital for at least 12 days. I wanted the flowers to last at least a week. This one actually looks like a Christmas arrangement. The floral arrangement looks as though I paid $25-30 for it. My biggest concern is that I paid a total of $82 for this arrangement. I understand that the roses are the highest cost. The profit margin on this arrangement must have been extremely high. I do feel as though I was deceived with what I thought I bought in comparison to what I received. For the price that I paid I was extremely disappointed. I did reach out to customer service. They sent me back a form letter stating it met the specifications which it obviously didn't. All I wanted was a beautiful arrangement and it looks as though I bought it at the local grocery store. Huge mistake.
Helpful (0)
Thank you

MARY hasn’t received any thanks yous.

MARY doesn’t have any fans yet.

MARY isn’t following anybody yet.

The one dozen roses I had delivered to my girlfriend looked spectacular to me at first.Then I...

The beautiful flowers I received came without water. I had to unpack them from the box and fill...