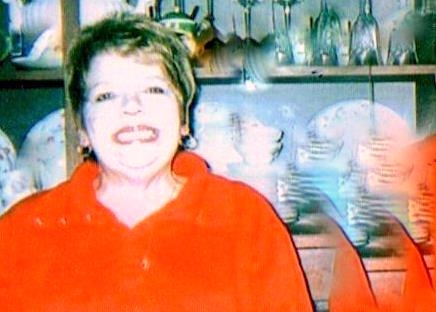 Cons: This Company (Vianet Webzone aka Triad Media) has made me about $30,000,00 poorer. I was solicited by someone representing themselves as a Vianet employee. I started August 2009 with an upfront fee of approximately $16,000. Believe it or not, this was not the best program. I chose the middle of the road program. This ridiculous amount was presented as all you ever wanted to learn about coaching, marketing (in which I never received marketing), website building, live webinars and everything and anything to make money on the internet. I also received a phone call from someone representing themselves as an employee of Vianet. They BULLIED me into acquiring an LLC for my company for $1,200.00.
After I purchased that, I was in limbo. The excuse Vianet gave me for not getting the services I was entitled to, was they thought I was up and running because I had an LLC. One hand knows but the other hand does not? So I learned bits and pieces of the program. I researched all the text on my site, got approval from major companies allowing me to be their affiliate... advertise their product or service on my website and get a commission for every sale I would make. I inserted pictures and videos but I had no knowledge of links, keywords, etc. or how to use them.
Vianet Webzone/Triad Media started a new program called "ITK". Was also promised this is the one to truly MAKE IT BIG. It was to be done by black Friday 2009 so we could start reaping what we sowed. Low and behold the software was not ready. Not my problem! At the time I was paying $295.00/month for a gold membership. I ask why I was being charged $295.00 a month for a service that I was not receiving? They did not respond, but they took my money every month. I cancelled my gold membership, I think, January 2010 (but still getting billed $295.00/month) and went to silver. Which cost nothing for Vianet Webzone customers.
In the meantime I am trying to get my original website completed, and it is not very good due to lack of the education promised., and is no way ready for publication, What I really want to do is start over. At least I have a clue now. I still do not have any marketing education, which is the premise for all this. My so called coach (who definately was a sales rep) would get me on my way. Well... I talked to this man on a daily basis and bought everything under the sun per his advise i. E., 3 additional coaching sessions. The coaching came with the initial investment, in which I did receive but had no clue what was what, because they taught me backwards. That is why I purchased the 3 additional coaching sessions! I also bought 3 additional marketing sessions because I did not receive any of the original marketing education that was included in my package. Also, running an email campaign. I am still researching how to do that. Vianet did do an email blast with traffic that was included in my original package. But I was not taught how to do that! Heard nothing after that.
I do not recall the price of additional coaching and marketing. I was charged $897.00 a piece for some kind of advertising, and I think I had purchased 2 or 3. I do not recall how much that was each. I purchased a press release for $100.00 because I had no knowledge in regard to that area, and of course my site was not complete. I was, and still am really confused. I also purchased a 60 second commercial of my intern website on you tube that was subject to my approval. That was $2100. 00.
I know there is much more but I can't think of it right now. Every month, I get an email from them invoicing me for $295.00 for the gold membership... meantime that was cancelled in January. I thank God that my credit card rejects that monthly. I have tried and tried to get an answer in regards to maybe a refund on the services that I did not receive...
I have worked since I was 18 years old and I had to sell my consultation business for health reasons. I was rendered disabled. I still wanted to learn about websites and making some money that was promised (yeah right) from Vianet Webzone/Triad Media... they promised within 6 months I would have my investment back and if I didn't, they would pay me back! Didn't happen... Going on 2 years, still hasn't happened!

Pros: I did get sort of an education. I now know what all the pieces of the puzzle are called, and most of them I know how to use, but I need help putting the puzzle together. You know, bringing it all together.

All in all, they present their program but do not deliver what they promise. At least not to me. One of the guys told me, I (me) fell through the cracks. I would like to get my recent investments returned. I email them with no response and when I do get a live person, they tell me they have to look into that and will call me back. Doesn't happen.
I am now in Chapter 7 bankruptcy because I can not pay my credit cards or my line of credit which I used to purchase all of Vianet Webzone/Triad Media products and/or services.
Helpful (4)
Thank you

MaryBeth hasn’t received any thanks yous.

MaryBeth doesn’t have any fans yet.

MaryBeth isn’t following anybody yet.