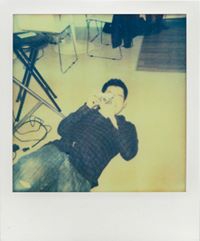 This site is run by a guy named Dave. I bought a Denon 103 in wood body from him, only one channel works. He claimed that it's an used item and no return, then blamed me for mishandling of the cartridge, told me I must broke the internal wire. After a decade of audio and so much money spent, this is quite offensive to me. He refused all responsibilities of the seller. He performed modifications on this cart. This is very DIY and Dave refused to take responsibility for his work. In his last email, this is what he wrote:

"This cartridge was shipped from Denmark to the US, it was shipped from the owner that broke the cantilever to me, it was shipped to NY for a retip, it was shipped back to me in MN. It has undergone cryo treatment and you tell me that a cartridge in a plastic jewel box that was undamaged was shaken up a little resulted in a broken wire? Quite clearly you held the cartridge by the top and naked bottom rather than by the sides and broke it yourself- tell your audio community that.
Have a nice day."

This is quite offensive, and now I am short $400. If you're getting a Denon 103, you're better off getting it from Zu rather than this DIY site who does not behave like a business at all. I felt like I was dealing with an amateur ebay seller.

Khiem hasn’t received any thanks yous.

Khiem doesn’t have any fans yet.

Khiem isn’t following anybody yet.