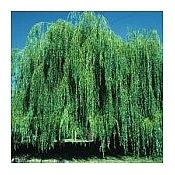 Synovate.net
“On Line Product Surveys for Income?”
On Line Product Surveys for Income? - I tried this website to make money on line for answering surveys. I got so fed up with them that I canceled my account without receiving any money for all the surveys I had answered. In my opinion, it's nothing but a scam. Sure, they sent me surveys to answer always with the come-on that you could receive a large amount of points for answering the questions. Some took about 15 minutes, some longer. What was really frustrating was that I would finish some surveys, and they would end most of them while I was taking them. I would get close to the end after several minutes, and they would stop the survey telling me that I couldn't continue based on the answers I had already given. This happened day after day so I wasn't earning enough points to cash out. I had 1500 when I quit the site. You need 5,000 to cash in which would be $50.00. I wrote to them and told them that I am educated and get their game. They were able to acquire all this info from me about paper towels, toilet paper, etc., and then would give me about 50 points for all my time. So if you have all the time in the world and don't mind waiting forever to get paid for your time, then work for Synovate. Most people can figure out when they are being used. After being cut off at the end of the surveys on an ongoing basis, I finally told them what I think of their company. For whatever reason, they kept e mailing me with more surveys to answer. I finally told them once and for all that they are scam artists and to quit sending me their surveys. They did. All of that time and information to benefit themselves and the companies who obviously pay them for the feedback. If anyone knows a legitimate survey on line, let me know. I doubt that there are any out there.
Helpful (1)
Thank you

kathryn hasn’t received any thanks yous.

kathryn doesn’t have any fans yet.

kathryn isn’t following anybody yet.