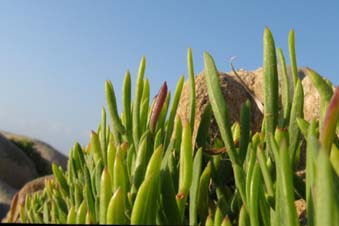 AnyOptionTrading
“Make Sure You Understand the terms and conditions clearly”

I joined anyoption copyopp back in late August 2015. I was open minded and enthusiastic to embrace a new challenge of learning how to trade. I made a small investment and I wanted to make sure that I started on the right footing. Speaking to a member of the support staff they recommended that if I was serious about trading they could link me to a trading manager. I said that I was open, I then started speaking to a senior advisor. He said if he was going to spend time with me I would need to make a larger deposit. He assured me that he would assist me every step of the way, he was convincing too. I had a few lessons with him and I then started trading. Things were going reasonably well. He started talking about trade bonuses and trade volume, of course I never knew what this meant but trusted him no real figures were mentioned. I was learning some new strategies and was winning some trades sometime doing 4k of trades in a day. He assured me that he was watching my every move and I was doing well. He said if I got into trouble he would be on hand to help. I believed him. I began to loose close trades that I felt was in the bag, it almost felt like there was a tracker monitoring my every move as the trades were about to expire. It got to the point where I could predict what was going to happen at the close of trading. I now needed his help as after winning trades I was now loosing trades. After emailing him and calling for help it was always the same I will leave a message for him and have him call you. After a while it became obvious that he was avoiding my calls. It turned out he forgot to tell me after accepting bonuses he forgot to tell me that I had to complete a trade of 400k to be exact to take my money out. I did over 200k in trade volume but had no idea of the volume I had to do and the short time frame in which to do it. I spoke to all of the support staff some were supportive others not, who said that it would be investigated. It is now the end of February and the solution that was offered was to start again and invest more money to try to recoup my losses. I said this was not right or fair. Not one senior manager has taken the time to call me to try and resole the matter after they told support staff it would be investigated. As you can image I feel incredibly naive and stupid and this is a very hard life lesson. My advice to anyone is to be sober minded and very careful, make sure you are given correct information from the start, stay in control and don't get carried away by your emotions.

jira hasn’t received any thanks yous.

jira doesn’t have any fans yet.

jira isn’t following anybody yet.

They should come out clean and ask people who have 10,000 pounds to invest rather than asking you...