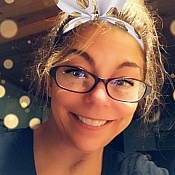 Cadillacnorwood.com
“Use refurbished parts for replacement”

I had to have the Cue replaced in my 2014 SRX. I was told the part would cost $1222. 93 and that I had to pay for the part up front. I was called when the part arrived and made an appointment to have it installed. They installed the "new" Cue and I paid for the labor. The Cue is working but upon arriving home and reading the paperwork I was given upon my departure, I read that the part installed was a refurbished product with no warranty. I was NEVER told that the part I paid $1222. 93 for was refurbished. The paperwork I received states that the goal at Cadillac of Norwood is my COMPLETE satisfaction and if I'm not COMPLETELY satisfied I should contact Tony Saltalamacchia by phone or email. I email Mr. Saltalamacchia and express my disappointment. I received a phone call immediately afterwards from Mr. Saltalamacchia and he left me a voice mail giving me his direct line and asking me to call him. I call him, get voicemail and leave him a message. A few minutes later he returns my call. I explain once again that I was NEVER told that this part that was installed was a refurbished one. He explains that Cadillac no longer makes units of this Cue and that they are all refurbished. He then tells me if I'd like to return, they can take the "new" Cue out and put my old one back in and give me a full refund. I ask if I can have my old part and he tells me there is a core fee and if I want to pay the core fee he'll gladly return "my" part to me. He tells me that this is all they he can do for. I tell him that his service advisor should make it known to there customers that they are receiving refurbished parts before payment. I ask why I have to pay a core fee to get "my" part back when I already own it and that I now also own the refurbished product they have installed in my vehicle and I am told that is all he can do for me. I let him know I will never do business with them again and that I would NOT EVER recommend them to anyone. I also informed him that I would be writing my reviews here and on other social media. I researched online and refurbished Cues go for $499.00 up to $ $799.00. I should have saved myself some money and purchased one online and had a reputable place install if for me. I would NOT recommend Cadillac of Norwood to anyone.