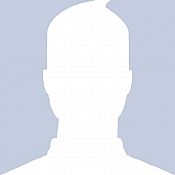 Viceroy Streetwear
“Dreadful”
The first red flag was when I proceeded through the checkout and they asked me to transfer the total sum to a BSB and account number, with the order ID in the notes. I thought this was sketchy but since it was a small company I thought they may not developed an orthodox form of payment yet. After making payment I had to reach out to Viceroy on Facebook to see if they had received payment. They said they did and informed me that my package should arrive within a week. After a week still nothing, so I messaged them again asking for the whereabouts of my delivery. After a full day of waiting long periods of replies they still have not answered my question. It is safe to say that my order will never be recieved. I believe that this company poorly operated at the least but most likely a complete and utter scam. I would recommend that anyone thinking of purchasing anything from Viceroy would better spend their money by throwing it in the bin.
Helpful (1)
Thank you