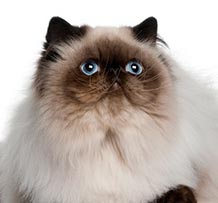 CabinetDoorMart
“Never buy from these guys”

I called these guys and told them what I needed exactly. They told me what to do, what to order, and how to order.
I entered the order exactly as told.
To follow up I called many many times to make sure the order was clear. Each time I they did not answer. They never returned my call.
When I recieved the doors, they where exactly what I did not want!

I called them. One item on the call is that they said the item I ordered was a higher price so they did not include those item. They did so without calling. No, zero effort to make sure what they would deliver was what I ordered.
They then went on to say they never received any call. I have phone bill that show many calls to them.
They made no effort to resolve the issue. No refund, no replace, no rework.
Now I am out over $400 dollars.

I cannot work with a company that has no integrity nor honor.
A company to be avoided.

Erick hasn’t received any thanks yous.

Erick doesn’t have any fans yet.

Erick isn’t following anybody yet.

Wrong shipping information on the order page, missing parts... no one knows anything -...

Ordered 1 door and was charged $30 which I thought was steep. I wanted to order another door the...