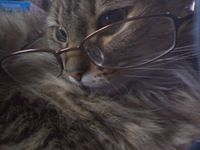 I've had this antivirus software installed on my computer for some time now and I can honestly say it's the best I have had the pleasure using. It's quite unique. It's the first software I've seen that is truly free. They offer not only at the very minimum a years license (usually 18 months to 2 years) but you also can extend what they call your Freemium license by posting on social media such as Facebook and Twitter. And writing testimonials and reviews on other websites as well.
What; s unique is that the software combines and uses 12 cloud antivirus engines to monitor and protect my computer. And it does this without slowing down my computer! Now, that's new and different! I have to say, I've used a variety of antivirus programs that make lots of promises buy don't deliver. Some of them slow down my computer to the point that I can't even use my web browser. BAD! Part of their description of their service says this, "By getting the choice to run or block every time an untrusted application launches for the first time, you are effectively given a reliable way to protect against fresh viruses or malware, and even protection against Advanced Persistent Threats (APT)."
Essentially you (and I) are given the choice via a popup through the whitelisting portion of the program (that alerts you also to [possible threats!) whether or not to allow SecureAgePlus to block the program or allow it to run, It's very quick to identify any potential threats and give you that information so you can make a informed decision.
I like that this software is in a constant running mode. Active protection without clutter or software issues is a HUGE plus for me.
Another part of their service as described by them. "SecureAPlus works and plays well with others by keeping its antivirus engines in the cloud. Not only does this make it inherently fast even on older machines but also lets it work alongside other antimalware and antivirus software, or even other security apps like firewalls and sandboxing."
Seriously, is there any other antivirus that does this? No! At least I haven't found any. (Not that I was looking!) No conflicts with my other protection. Can it really be true? Yes, most definitely. The above is my honest unbiased opinion. I don't work for the company and I don't receive any compensation. It's just too good to keep to myself!