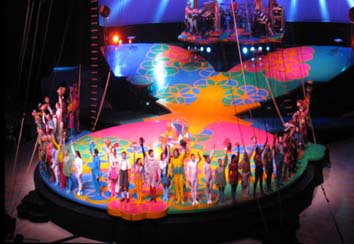 End of Dec 2014 we went to the Denver Innomax showroom. Sandy was the 1st salesperson we spoke with, who started out her skit stating that Innomax does not advertise because they would be competing against themselves, as they're in over 1600 stores. At the time I didn't care as I was just there to look at their beds, but now I'm here to share with you why they don't advertise.

We ended up purchasing the Medallion Waterbed LS1000 and foundation. Cost $2,861. When we got home we did a google search for the bed to find out that buying from the Manufacturer directly in Denver were they're manufacturered these beds, as we did cost us $986 more than buying the exact same model from discountwaterbeds.com and heaters etc. from Ebay, with no tax, no shipping fee, and no having to deal with below par employees.

So why don't they advertise? I would say so any dummy that walks in there can pay them a lot more than they sell to other distributors and retail stores for.

But don't worry they have a 30 day price match guarantee. Go ahead start holding your breath now... Sandy stated she was not getting our emails, guess she doesn't know about return receipt sent to sender each time the email is opened. Tommy the district manager out of Loveland will get right on it and take good care of you... keep holding your breath... He sent us back our same links to discountwaterbeds.com stating they were advertising the the wrong price and his figures were only $349 due back. Note, months later discountwaterbeds.com is still advertising that same great price.

Pays to bank with Wells Fargo who investigated and gave us our refund right away, charging it back to Innomax.

MORAL OF THE STORY: Skip the ripoff, google the bed of interest and Save yourself near a THOUSAND Dollars!