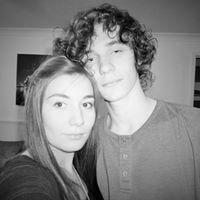 DillengerUK
“If I could rate this company less I would”
Let's start off by saying if you value your time and money don't bother with this company.
This is a long review because of the sheer amount of mess ups on their behalf.
To start we ordered an electric bike from Dillenger UK when we logged into their website to see our purchase it wasn't there. Thinking we ordered it wrong we ordered it again. 2 weeks later we happened to check our pay pal account, 2 payments of £435 to dillenger, we searched high and low for a contact number and eventually we got in contact, when we did they said they only had one purchase showing up but the £870 had come out of our account, when we sent them another email with invoice numbers we asked for a refund for one of the bikes, magically the second transaction was showing now and unfortunately both bikes were already being shipped. 3 weeks later the bikes arrived one of the boxes was very damaged and when we got the bike out its was broken, my father being impatient and wanting to ride it said he was happy to keep the damaged bike as long as they sent a replacement part for the most damaged part of the bike he had already waited 5 weeks for this bike and he had to wait another 2 for the replacement part. After fixing the bike and finally getting to take it out for his first ride my 60 year old father fell off this was due to the handle bars twisting despite the locking mechanism being as tight as possible, he had to drill a hole through the frame and handle bars and secure it with a bolt so that he could use the bike again. Luckily we managed to sell the other bike to another person which so far seems to be fine however they like us are still waiting for the panniers we ordered with the bikes. 5 months on and several emails to Dillenger each time they reply by saying the panniers are out of stock and it will be 2-3 weeks before we received them this happened many Times and we have finally had enough of them hence this review and our final action which is to desperately try to get the money back from them through PayPal.
Helpful (1)
Thank you

i bought 8fun kit from this company. It was more expensive than other companies but they seemed...