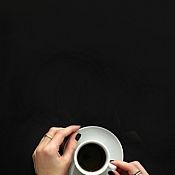 Laptopbatteries.co.uk
“Horrendous experience with laptopbatteries.co.uk”
I ordered a laptop battery on 8/11/2018. It got dispatched fairly quickly and the company was really nice and threw in an upgrade as well. I thought all was going very well. Then, DPD became involved as they were the chosen delivery company. On the first day, I returned from a trip in another city just to accept the delivery. I waited all day for the battery and the driver eventually knocked on the door. It hadn't even been a full 30 seconds from me leaving my front room to getting to the door, but by the time that I opened my door, the driver had gotten back in his vehicle and started to drive away.

I complained and this company simply copied me into an email with DPD, asking for the delivery to be rescheduled. I rescheduled the delivery myself but the time slot given to me was one I couldn't make, so I rescheduled for the final time. This time, I waited in my house all day long and the driver never came. I then used the tracking link and was told that for no apparent reason DPD had just decided that they would deliver the next day. The very next morning I was told that the battery was on its way out of England and back into Ireland.

At this point, I'd had enough so I contacted laptopbatteries.co.uk again, telling them what had happened and asking for a refund. This is where I get annoyed, because the people at this company don't understand basic customer service. Generally, when a customer is frustrated you talk TO the customer. Laptopbatteries.co.uk just made a half-hearted attempt to contact DPD and then copied me into their email chain. They did not address me at any point and ignored my requests for a refund.

Seeing that it was taking them a ridiculously long time just to track where the item was at that point, I sent them a series of emails updating them myself and, again, asking for a refund (this time in bold, capital letters in the colour red and with the request highlighted in yellow). In the evening, someone called Kieran eventually got back to me and said that he would look into the issue and schedule a refund (this was the first time since I'd placed my order that someone from this company actually talked to ME, and didn't just copy me into conversations with DPD). I eventually got my refund and Kieran said that he would get back in touch but never did (honestly I didn't really expect a response from this company; they're slow and incompetent).

So, overall, I bought a battery from this company that never arrived and then they delivered some of the worst possible customer service I have ever encountered in my life. Also the representatives at laptopbatteries.co.uk had really bad grammar and punctuation (especially Kieran) and every email they sent came across as unprofessional. I would avoid this company at all costs!
Helpful (1)
Thank you

Aysha hasn’t received any thanks yous.

Aysha doesn’t have any fans yet.

Aysha isn’t following anybody yet.

Ordered the wrong item by mistake, tried to contact them to ask for cancellation before they had...