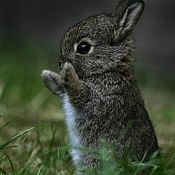 LoveShack.org
“Three stars, because I met a lot of good people there, over the years”

But I recall the site was almost abandoned at the end of 2010 or 2011, because trolls had overrun it. When I first signed up, I would visit briefly and then disappear, because it was toxic.
I eventually made friends there, so I visited to keep up with them, until I was perma-banned over a nasty assumption by William. I was allowed to come back, I'm guessing, because the ban was unfair, and I credit the other moderators for that - only to leave of my own accord when I'd had it, seeing people get banned or suspended over and over.

Regarding other forums that were asked about: I mentioned Talk About Marriage, because it's the most like LS that I've come across. http://talkaboutmarriage.com/forumindex.php I'm not sure why that comment is receiving down-votes - you have relationship forums, a general chat area, and politics, just like LS. Maybe those votes are from people who don't want the place overrun with LS posters. I don't know. There is a facebook page (LoveShackOrg), and more than one person has mentioned starting up a new board, or saving LS if the owner can't run it anymore.

Angela Has Received 1 Thank You

Trena W. thanked you for your review of LoveShack.org

“Hi AngelaN, what was your screen name on LS? I would love a new site where some of the friendly posters from Loveshack might migrate. I did stay because I was familiar with what to expect and from whom.”