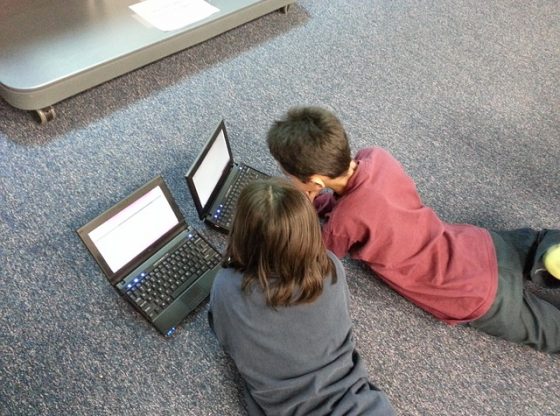 Remember those television commercials that used to prompt us by asking, “It’s 7 p.m. — do you know where your kids are?” Now that we’re constantly connected to the Internet, the question to ask ourselves would be, “It’s 7 p.m. — do you know what your child is doing online right now?” The reality is that there are sites that target vulnerable children and teenagers, and the threat now comes from unprincipled businesses as well as even seemingly safe sources like social networking sites.

At Sitejabber we want consumers to arm themselves with awareness. Here are five types of bad business practices and trends for which to look out when it comes to keeping your children and teens safe:

1) Game sites that claim to give away freebies

Scheming businesses know that children don’t have their own paychecks so the opportunity to get things “for free”, like online games, new phones, tickets to see their favorite celebrity, etc., is hard to resist. Even popular games like League of Legends and Among Us carry can colorful advertisements that entice children with things such as a “Free chance to win by completing this easy survey!” The goal of the survey? For the user to provide personal information, including a cell phone number and codes, which would be used to charge cell phone bills. The more surveys, the more charges, until the bill comes home at the end of the month. Even seemingly safe sites like Neopets were reported to have lurking fraudsters planting phishing emails which send children to third-party websites. That click can send malware into your family computer, grabbing information, including online banking usernames and passwords.

Just by accepting a new but seemingly innocuous friend on Facebook or follower on Instagram, your child may be opening up the doors to potential predators. The Wichita Eagle reported in October of 2009 that a man posing to be a 19-year-old girl on Facebook had gotten a handful of boys to send him nude photos of themselves. When his house was searched, the perpetrator was caught with evidence of child pornography by the hundreds. Predators can also come in the form of teenage or adult cyberbullies. The National Crime Prevention Center commissioned a study by Harris Interactive in 2006 that found 43% of students (mostly females) had experienced cyberbullying in the past year. The effects of cyberbullying are as harmful and serious as bullying in face-to-face interactions. Studies from the Cyberbullying Research Center show that it results in lower self-esteem, a greater likelihood of suicidal ideation and feelings of anger, frustration and fear.

Points shopping websites suck teenagers in with promises of free prizes for answering questions. From the moment a new user lands on the website, they are bombarded with pictures of the hottest electronics and told that getting them for free is easy – they just need to answer enough survey questions to get the points. Once they have enough points, they can redeem them for any prize they’d like. Simple enough, right? The problem is that the prize redemption times are announced by surprise, leading thousands to scurry to the website at the same time but only a small percentage actually getting to the prize before the site claims that they’re all sold out. Unfortunately, most people don’t find out until afterward that all they’ve done is made the site rich by wasting long periods of time viewing advertisements and answering survey questions for market research.

It’s no secret that video is the new norm. Chatting text can now be replaced by speaking directly to another person and emoticons by actual human emotions. While this can help prevent fraudulent interactions, recent websites like Chatroulette and Omegle are creating new cause for concern. The premise of these websites is simple – chat and interact with strangers from around the world using your webcam – but the results can be distressing. There are no age restrictions, no profanity censors and no moderation. These sites have the usual “trolls”, people (teens and adults) who move throughout the website attempting to cause psychological and emotional damage by making fun of and bullying others. On top of that, users have also reported witnessing lewd sexual acts, being propositioned or threatened and even having personal information stolen somehow.

5) Links and activities that lead to pedophiles

The most notorious of internet criminal activities — attacks specifically against minors — is on the rise, as well. On the Dark Web, studies show over 80% of its traffic is related to pedophilia. According to the Crimes Against Children Research Center, one in five children has been sexually solicited online — and only 25% of these informed a parent. Searching for innocuous children’s characters like Pokemón or My Little Pony can lead to pornography or pedophilia sites, 30% of which have been found to be hard-core porn. Remember to set rules for internet usage, be present when your kids are online and use kid-friendly search engines, like Kiddle.co, which are designed to filter out inappropriate material.

Do you know sites that are good or bad for kids? Let us know by reviewing them for the community >

Share
Tweet
Share
Staying Dry Through The Storm: Consumers’ Top Problems With Fraud
The Rise Of The Online Degree: How 2011 Students Are Turning Their Bedroom Into A Classroom