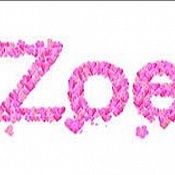 Wireclub
“One of the better sites”
Given my previous experiences with chat sites, I went to this with a low expectation based on experiences so far... but I have to admit I was pleasantly surprised. There are some faults and areas for improvement but I shall come on to this later.

The site has many chat rooms, most of which are actually created by users themselves. Some rooms are created and moderated by the site itself, which stands to reason, but there are so many user created rooms that you can probably find one that will suit you.

Under your profile, there are Privacy Options, which is a massive godsend, it gives you absolute total control over who can talk to you. Settings that allow only your friends to PM you is a godsend, as if people give you trouble in the rooms, they have nowhere to hide if they can't directly message you - and if they come back with a new account, if you have not added them as a friend with this option on, they cannot bother you so it's just wasting their time. Block facility is good, I had a few idiots on there but with the block and the settings, I've never been bothered by them since.

The user created chat rooms are given ratings when set up as to what is/isn't allowed, and the few I've been in, the room owners have been pretty good at making sure those in their rooms stick to it.

You can meet new people by going in one of the general rooms, or finding a user-created room that gets your interest - I would advise when trying one of these, that when you go in you ask politely if you can join in and/or see what the room is like.

One of the faults I have found is that if you have blocked someone and go into a room where they have recently chatted, it shows what they have said, which can be a problem if it's an acid chatter, but as they still can't directly talk to you it's not a ground breaker.

In the time I've been on this site, I find I have had almost no creepy messages to me (even before I turned the PMs option to Friends Only) - probably because with having to register accounts first, it makes it far easier for them to be tracked down.

In summary - by some distance, the best chat site I've tried out this year, and probably one I shall be staying with for some while.
Helpful (0)
Thank you
chatib
“Poor interface, no moderation, excessive adverts on screen.”
A chat site where you can chat one on one with other people, from a list of users. But it's poorly designed, poorly maintained. Over half of your window on your computer is taken up by adverts, and the chat window itself holds barely five lines of conversation. Ridiculous design, as you can hardly see what's going on.

There is a spam reporting facility... oooh!... BUT it only allows you to report three times... so if you end up getting plagued by spam there's no way to report it, and if you are severely limited, then it shows the site doesn't care about it.

Unfortunately most of the spam, and people trying to blackmail you into cam or sending pics, seem to be the same on a number of other chat sites too... this unfortunately seems to be a problem that is endemic to any chat room with no obvious moderation.

Summary - cannot recommend.
Helpful (0)
Thank you
Chatiw
“Poor management and moderation, features don't work”
On the face of it, it doesn't appear to be too bad - there's no large group chat room so you don't get plagued by keyboard warriors having it out among themselves. However that's where the good stuff ends.
If you are very patient then you may get someone who is a genuinely nice person to talk to. That is a big if.
The site is plagued with scambots advertising sex sites, and seem to fire off at everyone, ironically one actually says "Fed up with spamming and bots?" which made me laugh.
You cannot even register a name without going VIP (I'm not paying for that thanks), so if you do meet someone there worth talking with then you have no chance of ever finding them again.
The "newer" version is plagued with issues - the login screen to that won't let you select a region of your country, then fails because you haven't filled it in so you log in on the old interface and it randomly sends you to one or the other. The time-out on the old interface is quick, you can be afk for a very short space of time, and poof, gone. Share a picture, the site jams.
There is absolutely no moderation - a number of the usernames are actually bordering on advertising illegal acts. The report/block system is a complete farce - I've had the same person explicitly describing an illegal act, and no matter how many times I report it, it comes back - and of the report options, there is no "Report illegal activity" option. I am 100% sure that this disappears into a black hole as no action ever seems to be taken.

E-Chat has been taken offline due to similar issues - this site should be next.
Helpful (13)
Thank you
E-Chat
“Very poorly moderated”
I went into the JustTeens room to talk to others my own age. I got kicked TWICE in a short space of time, yet looking at the list of usernames in the room there were things like "daddy" and well overage men who weren't being kicked. Incredibly poor as this sounds like it's allowing pervs and paedos free reign. It made me feel incredibly uncomfortable that I was being kicked and clearly old creeps weren't.

Zoe Has Received 1 Thank You

Anthony C. thanked you for your review of E-Chat

Zoe doesn’t have any fans yet.

Zoe isn’t following anybody yet.

This chat site is full of old men looking for young girls for sex. It has no one moderating. It's...

Chatiw is really a site for pedos and the police and other people who hunt them. Almost no women....