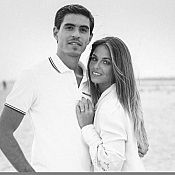 B&H Photo Video
“$3000 MACBOOK PRO LOST AND NO HELP FROM THEM”
I will tell you my honest story and I will let you decide if you want to to take the risk with buying anything from B & H Photo & Electronics.

I ordered a $3000 MacbookPro from them shipped to my office with Fedex. The computer was supposed to be delivered on a Monday so I was waiting for fo it and I was monitoring the tracking number. Finally, the tracking said it was delivered, so I went down to my doorman and asked for the box, he couldn't find it and said nobody came. I was right away scared like you can imagine... EVEN WORSE the Fedex guy SIGNED MY NAME ON MY BEHALF! I started freaking out and asked the doorman to ask the Fede guy the day after if maybe he forgot or wtvr but NOTHING. I called B & H the morning to explain the situation and after 38 minutes of wait, a representative took some notes and said they will open an investigation and try to trace the package. 3 HOURS LATER (yes 3) they sent me an email claiming that the investigation is now closed and they wouldn't be able to help, file a claim with FEDEX or do anything at this point. I was SHOCKED. $3000 I had to forget with no help from their end. I called up Fedex directly and was transferred to a manager of manager who told me that B & H Photo & Electronics didn't even open a claim, in fact they have no record of them even calling on this tracking number, but they said that I should check another address in a building few blocks away since it was very similar to my address and they saw that few times packages were left there because of the driver's confusion (WTH)... He was right, luckily the package was there. In the meantime, i decided to return it and not awarding B & H Photo & Electronics my $$$ - instead of buying it at Adorama or even better AMAZON. GUESS WHAT, after requesting a return they said they will deduct the $$ amount from my order - is that for real? STAY AWAY IF YOU DONT WANT TO GET RIPPED OFF FROM B & H Photo & Electronics. Hope i can help other people saving money

Henry P. – B&H Photo Video Rep 5/7/20
Much as I'd like to be able to address this and see if it can be amicably resolved, the customer has made no effort at all, despite my request, to help ID him or this transaction. -- Henry Posner / B&H Photo-Video

Yaacov hasn’t received any thanks yous.

Yaacov isn’t following anybody yet.

I called B&H today and waited 6-8 mins and when the lazy slug got on the line he mumbled his name...

I've had my worst online experience ever with them, but after reading some of the reviews on...