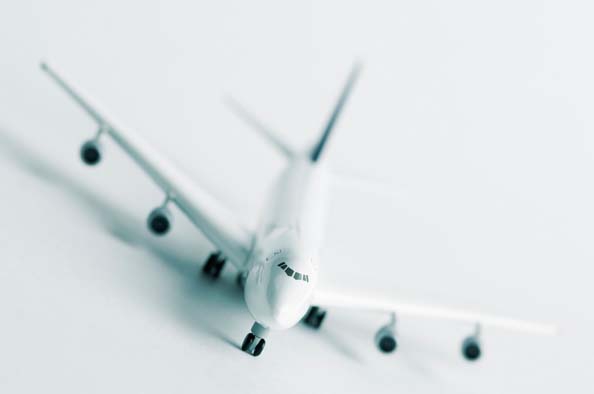 ToonamiAftermath
“This website basically tries to emulate the Toonami...”

This website basically tries to emulate the Toonami experience by streaming various shows from Cartoon Network. It does a pretty good job, except for a couple of things. For one, the Schedule will not display half the time, and the stream breaks a lot lately. Other than that, the main issue I have is that some shows it plays were not even on Cartoon Network, let alone Toonami. For example, it shows several episodes of Dragonball Z: Abridged a day. It's entertaining, but there is a ton of foul language in it, so it's definitely not suitable for younger audiences in case you want to let your younger siblings or kids watch this stream. There are also several Japanese anime on there that I never saw on Toonami back in the day. At least one of these anime is new, and currently showing on Adult Swim on Cartoon Network. This tells me they are starting to deviate from the original format, and it will probably only go downhill from here. If I wanted to watch whatever is playing on Cartoon Network now, I would, I wouldn't be going to a nostalgia website. There are also some shows from back in the day you won't currently find airing on Toonami Aftermath, I've yet to see the Herculoids, Tenchi Muyo, or 08th MS Team. Other than these couple of flaws, it is a pretty awesome website. I loved Toonami ever since it was hosted by Moltar, all the way up until it disappeared from the air. This site does a pretty good job of emulating the experience. If it stayed true to the original Toonami more, and the schedule page wasn't always broken, this site would have gotten five stars.

At first I was pretty psyched about this website. It streams Nickelodeon shows from the 90's 24/7. The problem isn't so much with the site, or the concept, but with the community. With any site that has a chat room or forum, there will be certain cliques that develop, that usually try to ruin everything for everyone else. That's what happened to this site. The line-up is supposed to be random, but every hour or so you get two episodes of this crappy Canadian sitcom called Fifteen back to back. Apparently there's a little fan-club for this terrible show on the site, and when a vote was held to decide which shows would make the line-up more often, guess which one won? Aside from bad sitcoms like this being played way more than the good cartoon shows we actually watched Nick for, there are also a ton of game shows, which aren't necessarily bad but they seem to get overplayed much like Fifteen, with shows like Guts getting two episodes back to back several times a day.

A lot of the time it feels like you're just watching public access daytime television, with the majority of slots being filled with soap opera like teen dramas, and cheesy game-shows with really cheap prizes. Forget about trying to chat in the main channel, there's a lot of favoritism with the mods, and the cliques, and you'll get lots of bull$#*! from certain users on there, then warned by the mods if you stand up for yourself, or crack a joke they find even slightly offensive. Unmoderated chat is usually better, but the site administrator followed me in there one day when I got fed up with everyone's BS, threatening to contact my ISP and such over what should have been a mild disagreement where I simply left the chat room to get away.

Basically, you can expect to walk on egg-shells if you try to socialize on this site. It's very much like trying to fit-in with the preppy kids in high school. The line-up suffers from a community that seriously enjoys bad shows. They even admit the shows they vote for are "so bad they're good" all the time, I'm not even making this up... I think a handful of trolls possibly inflated the votes with multiple accounts, because there's no way some obsure Canadian teen drama that didn't even air here should have gotten more votes than shows like Rugrats or The Wild Thornberries...

If you want to watch grainy melodramatic teen dramas and Nickelodeon game-shows from the 90's, this site is for you.

If you want to watch cartoons like Ren & Stimpy, Rugrats, Catdog, etc. then you might want to check the line-up for this site every now and then, because sometimes you do get lucky and get several shows like this back to back, but not quite as often as you used to could before they started having votes. You'd probably be better off just watching what you want on watchcartoononline.com dubbed-scene.com or justanimedubbed.tv if you want cartoons.

Helpful (1)
Thank you
ElderScrollsOnline
“It's the worst TES game ever, and a mediocre RPG”

It's the worst TES game ever, and a mediocre RPG. The website itself is nothing special either. Stay away, Zenimax does not deserve your money.

Helpful (0)
Thank you
Nw-forum.perfectworld.com
“The moderators on this site work 20 hours a day to...”

The moderators on this site work 20 hours a day to make sure no criticism of the game is posted on the forum, no matter how valid it is, or how politely it is written. Another MMO site full of paid shills. The game itself is not that great either, a huge let-down for something using the Dungeons & Dragons brand.

This site is heavily biased in favor of the game publishers. They pay to advertise on the site, so the site moderators will delete or edit any negative reviews posted, and warn/ban the poster for "trolling" because apparently any game is above criticism. There are paid shills posting on the forums for each game, rabidly attacking any critics in the game's defense, and often demonstrating their own lack of knowledge concerning said games. The moderators do not punish these shills for attacking other posters, they just ban anyone who has anything bad to say about a game, no matter how nicely they try to say it.

Wu hasn’t received any thanks yous.

Wu doesn’t have any fans yet.

Wu isn’t following anybody yet.

This website is just a waste of time don't go there, i have been with that website for 3 months...

As a hardcore gamer and mmorpg lover, the following issue is of major concern and importance to...