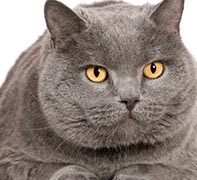 I became a member of this site, and was skeptical at first. So after meeting a girl, and corresponding a few months, I decided to go an visit her in Ukraine, to be with her in person. I decided tho, to immediately start to learn to speak Russian, just in case, as I thought it might be helpful. I went and met her, and she was even nicer in person, than on the website. And I was shocked to see al the beautiful woman in Ukraine. Many tho, don't speak English, so I was glad I could at least say some words. Not that I was flirting, but just coming in contact with them, uplifted my spirits, so wanted to let them know, I was trying to learn their language. After my 4th trip there, I broke up with my girlfriend, due to me having health problems. After a while, I joined this site again, and soon found someone else. Now, I am planning on going back to Ukraine to meet her. I have also just returned from a trip to Moscow. I thought Ukrainian women were better looking, and friendlier. However, I was impressed with Russian woman also. These countries have cultures different than in America. As for finding a girlfriend, or a future wife, it is much easier to do, with Russian/Ukrainian women. These women are so nice and friendly, you have to "see it to believe it", as the saying goes. I'm thankful to Dream Marriage, for their services and providing introductions. William

Dream is a good dating platform, I was a member of dream since they was dream-marriage.club. More...

Dream Singles is an Amazing Dating Agency. Three things you can bet 100% on finding there. 1....