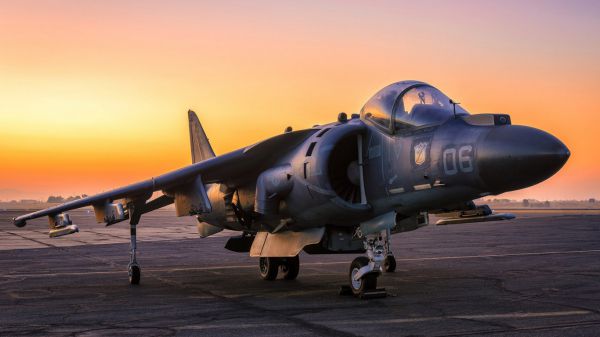 Vincero Collective
“One of, if not the best”
Good quality product with very reasonable price and speedy shipping. Couldn't be happier with my purchase with them.
Helpful (0)
Thank you
Bodybuilding.com
“Good but not great”
Bodybuilding.com offers a lot of workout plans and tips on exercise, as well as articles to read about supplement and how the human body responds to exercises.
Their online supplement shop also has cheap price. However, their online shop is really hard to use due to idiotic web design.
Helpful (0)
Thank you
Gumtree.com.au
“Improvement Needed”
This website is okay for locating things for sale in local area. Other than that, it's a website to stay away from.
They don't regulate who posts on there. I've seen many scammers posting ads and gumtree.com.au does nothing about it.
Helpful (1)
Thank you
Redbubble
“Untrustworthy and fraudulent”
They put up merchandise on their website, but refuses to sell them.
Saw an instagram ad about plain t-shirts, ordered three only to be told a few days later that my order was cancelled. The reason? They don't sell plain t-shirts. Why would you put them up on your website if you have no plans on selling them? Why can you guys not sell something that is as simple as plain t-shirts?
They didn't even offer me a refund at first, only store credit. After requesting a full refund, they said it might take up to one month! Normally it wouldn't take more than a week for a credit card refund. After they read my review on the other website, I was then told the original refund was never processed! Scam? I think so.

A refund has been made, but still, I wouldn't shop with them again.

Redbubble attempted to help this customer through the Sitejabber Resolution Center, but the customer did not respond

Red B. – Redbubble Rep Over a year old
Hi there,

Thank you for the feedback.

Redbubble is a marketplace where independent artists upload and sell their work to customers all over bringing more creativity into the world. All artists maintain ownership of any work that is uploaded. Because we do not sell plain garments, the work was flagged and your order could not process. Again, we’re very sorry for any inconvenience this caused. Rest assured your order has been completely refunded.

If you have any other questions, please let us know.
NFL Shop
“Lies after lies! Scammers!”
Placed an order of two items, one hoodie and one colour rush jersey on the 9th of Oct.
The hoodie was shipped out one day after the order, the jersey had to wait.
More than two weeks went by, and not a word about my jersey. I then contacted them about this, I was told they didn't know the status of the jersey, and they didn't even have an estimate shipment day.
I ask them to cancel the order, as I was fed up with their awful service. They refused to do so because "the order was too far down the track to make any changes."
Finally, they gave in and cancelled it. BUT, they only sent me an email saying they'll only refund me partially, instead of a full refund for the jersey, for something I never received, without any sort of explanation.
As for the hoodie, it's been two weeks since the shipment date, and nothing on the tracking system for my order has changed. I don't even know where it is, let along when I can expect it.
And now they have stopped replying to my messages and I'm robbed of 240-something dollars.
Seriously, if I don't get a FULL REFUND ON EVERYTHING, a lawsuit will be in order with all the other people they've screwed over!

UPDATE: After their response on this website of my previous review saying that they'll give me my money back, I have yet to receive any email regarding the refund. All I have, is the order cancellation email of the jersey I got two days ago, the one they only partially refunded me. I have included a screenshot of the said email below.
I'm only making another review to grab their attention. Because apparently, they'll just give you an automated response, take your money, and hope they can wear out your patience and give up on chasing after your money.

Tip for consumers: AVOID THIS SITE AT ALL COST!

Chastity S. – NFL Shop Rep Over a year old
Hello Wesley. Thank you for your feedback. We apologize for any inconvenience regarding your order. We have issued a full and complete refund for your order that will post back to your original form of payment within 2-10 business days. Again, please accept our sincere apologies for any inconvenience. Thank you, Karmen
DoYouEven
“Overpriced Product with Terrible Quality”
Took fours days to deliver for an express item (within Australia, metro area). And I didn't even get an email with tracking number for my order.
Out of the three products ordered, two were damaged. T-shirts with loose seam lines and bad stitching job. (photos provided)
The crotch of the pants are way too low, and the waist line is too high. To have it fit around your butt, you have to pull it really high, makes it look like a lululemon's woman's legging.
Their customer service team took 6 days to get back to my email asking about the unfinished stitching (including weekend).
I DO NOT recommend this company to anyone!

UPDATE: More photos provided of products after just ONE wash! My advice, STAY AWAY FROM THIS HORRIBLE COMPANY!

We're extremely apologetic about the delay in reply (our customer service team works business hours - meaning emails sent within a weekend time frame will be dealt with on the first working day).

Thank-you for also providing the pictures attached. The stitching shown (on the reverse side of each garment), is the end stitched threads (these are the closed ends of the stitching and won't have any effect on the durability of the product). If you're unhappy with the above items, we're more than happy to replace them for you, or simply refund the purchase after the garments have been returned.

We hope to have this resolved for you as promptly as possible :)

Sarah,
TeamDYE
Shredz
“Scammers!”
This unethical company scams their customers on a daily basis. They charge ridiculous amount of money for their supplement that has illegal substance in them.
Their athletes charge their customers for "customized" meal plan, when in reality, all of them are the same.
Their apparel is also overpriced with very bad quality. This company should not be allowed to do any kind of business!
Helpful (0)
Thank you
Instagram
“Corrupted”
Instagram is actually a corrupted company, and they also have a failed system.
They take money from other companies and allows them to do whatever they want on the social media platform.
The way they protect the right of their users is beyond poor. You cannot leave certain comments (even non-abusive ones), someone can report you for no reason and you'll get blocked or deleted.
Helpful (3)
Thank you

Wesley hasn’t received any thanks yous.

Wesley doesn’t have any fans yet.

Wesley isn’t following anybody yet.

I don't know how someone could print this tshirt and said it was a good one, and decided to send...

I ordered my own designs merchandise just to see how they look. It's been more than 2 months and...