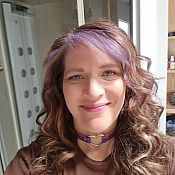 Their office is filled with a lot of angry women. They are very defensive when you call and say its been 50 days since my roof has leaking and has not be resolved. They blame the owner and warranty issues. Then send someone to put a tarp over it. It started in July and was finished in January. It took so long when they got a bill they texted me and accused us of doing electrical work without consent. I had to remind them they called the people to repair the leaking electric ceiling window. The garage door didn't work year one intermittently not opening or closing. Then when it stopped completely year 3 I had to agree to keep the fridge unplugged or it sets it off like a hair dryer would. The AC went out every year it had a slow leak so they filled it every summer when it went out. Finally year 3 they decide to replace the unit it was 90 degrees in the home I asked if they could bring fans since the windows don't open on the first floor. Nope, more than 15 days like that after calling our contact with no sympathy because its not needed but a leak from July to January is fine. That was another thing they said was the owners fault. And its not needed. Even though weren't they suppose to fix the leak in a certain time? Their excuses are very convenient. Vendors tell me about what they say in the office that is completely unprofessional. We had a dangerous deck that never got fixed because "She doesn't work here anymore so it must not have got turned in to us." Even though it was brought up day one and multiple times after that. Then, when I'm finally over it and just start building my own house. In the last 3 months they want to fix everything so they can get it rented. They have harassed me on the weekly. Even when the sprinklers didn't work I offered to water the tree so they didn't have to make an expensive fix because the driveway would have to be torn up. They said yes please do that and now they want to bother me and try and make us lose money from their bothersome phone calls and appts when they know we work from home They could easily wait until I move out. Its not like they fixed or wanted to fix the problems when I asked for 3 years. Then when I'm cleaning the home. I look in the 2nd room they called a laundry room but had no plug for a dryer so it really wasn't a 2nd laundry room. Another lie. I noticed mattresses wet in there. I called them immediately to have someone look at that before new renter came in since the room was never used. I had no idea it was even leaking in there. They had people do walk throughs for 3 years and never said a peep. Now I haven't received my deposit when I repainted the walls cleaned the carpet when it said not to because they were going to charge me no matter what. Guess that was my fault. Where's the other part of the deposit? I did a walk through with them with them saying everything was great and thanked me for them not having to have painters come in. They were never going to give it back. They were so over me calling them out on their craziness they let me out of the lease a month early. Never heard from them again. Very shady unprofessional company. Attached photos are from day one there's more but you get the idea of what they think is move in ready. Luckily we put this on the day one walk through otherwise it would have been blamed on us. You should see google reviews. The Source is toxic. Not good for a renter or the owners but the owners might not know.