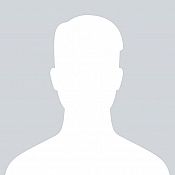 WARNING. A technician from this company came to fix heating on 5 yr old LG AC. Cooling working fine. Technician repaired leak and topped up gas. I believed him and paid invoice, stupidly without testing machine thoroughly before paying. After he left I tested and was not working, technician came back an hour later and after working on it for a while he comes in and tells me the compressor is dead and I no longer have heating or cooling. When I queried this with the company their official line was air conditioners are man made machines that break and that the original invoice would stand.
However, there is a discrepancy in the technician claiming he had tested the machine in my presence before he left the first time and if the machine was working why did he have to come back an hour later. As many people have said to me, yes machines break but its weird something happened to it while a technician was working on it, that would be like taking your car to the mechanic for an oil change and then the mechanic telling you the motor blew up while it was there.
They also advised that the repair for the machine often costs more than a new machine and so they provided a quote for a new machine. A different company quoted a repair that came in half the cost of a new machine which makes me wonder how many machines prematurely get replaced under there watch.
I wish I had read the reviews before choosing them as there is a pattern of people losing money with them when things dont go smoothly. I was bringing home our first baby from the hospital that day and saw them as a solution to heating, but ended up with a bigger problem as well as increased stress and anxiety having to deal with their hard line. The only expertise I experienced from them was the skill of dodging any culpability. If youre looking for someone to do your work all the best trying to find someone honest.

Waddy hasn’t received any thanks yous.

Waddy doesn’t have any fans yet.

Waddy isn’t following anybody yet.