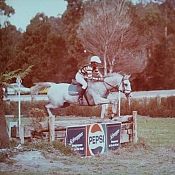 I opened an account with an online trading company called TREDOFX on 1 May 20 by depositing 250 USD via my Commercial Bank Qatar credit card by buying bitcoin through Safe Currency.

I was contacted on phone by Mr. Amir Romi on behalf of Tredofx and he made me do a verification and after that I deposited another 2240USD on 5th May so that I could have a Silver trading account.

After about a fortnight Mr. Amir Romi with whom I was dealing left the company and I was assigned Ms. Camilla Berg as my assigned broker. She has been managing my account since then (Appx 4 months).
Over the next 4 months Ms. Camilla Berg managed to persuade me to deposit another 57500USD on some pretext or other…. Due to losses which would have resulted in automatic closure of trades due to marginal call, insurance and to bring the leverage lower by upgrading my account status. The major chunk of the money (APPX. 48000 USD) was transferred between 27-31 August 20.

When my account reached around appx. 268000 USD, I decided to close all trades and put in a request for withdrawal of all funds. This was around the 8th September 20.

A few days later I received a call from Mr. Jacob Morgan (Floor Manager), saying that I have to pay taxes on the profits that I have made before the money could be transferred. This amount came to about 34000USD. I was mailed the calculation of the taxes. I asked him to deduct the amount but he insisted that my account could not be touched by the company and I need to pay the amount separately in another account. I decided to pay this amount and it was deposited in a separate crypto wallet.

When I asked for a receipt for the taxes paid, I was told that it was not possible as the company collects the tax money from all the customers and brokers and pays it collectively to HRMC in the company's name. I just got an email acknowledgement of the same.

After a few days I got a call from Mr. Jason Pierce (senior financial analyst) saying that the 10% brokerage amounting to 20800USD had to be paid before the release of funds.

This was very shocking as earlier both Mr Jacob Morgan and Ms. Camilla Berg had told me that I would be wiring the commission directly to Ms. Camilla Berg's account after receiving my payment. When I raised this with Mr. Jason Pierce, he said that there must be a mistake as it was the company policy to receive all payments before release of funds.

Again my request that the brokerage be deducted from my account was declined giving the same reason that the company cannot touch my account.

On doing some research I found that the company is not registered anywhere, their office mentioned on the website does not exist( one can call on *******000 and verify). They refuse to provide any proof of their existence. They just exist on VOIP.

All payments by me were made using my Commercial Bank Qatar VISA credit card. The mode of transfer was that the credit card was used to buy bitcoins from web platforms such as safe currency, coinmama and paybiss. And this money was deposited in 2 crypto currency wallet.

If you also have been scammed by them, help me fight against them and even if not any help will be deeply appreciated.

Vivek hasn’t received any thanks yous.

Vivek doesn’t have any fans yet.

Vivek isn’t following anybody yet.