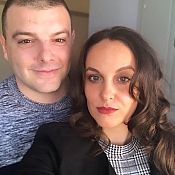 Lancome
“Worst Customer Service!”
My online order has once again been cancelled by the company THREE times. I have reached out to Lancôme representatives all 3 times. I was told it is an issue with my bank information (I have called and confirmed with my bank that the information is in fact correct). The last time I had reached out to a representative I was told someone from a higher management position will reach out to me within a week to resolve the issue. I have patiently waited and still no response from any of the representatives of Lancôme. I had trusted that someone would help me resolve the issue and reached out several times, but I had lack of response in all 3 inquiries! I had never had this issue shopping with any other company with the same bank card/ card information. This was a mother's day gift, and the order was cancelled without an explanation. I am throroughtly unsatisfied with the customer assistance and will no longer be shopping with the company
Helpful (6)
Thank you

Veronika hasn’t received any thanks yous.

Veronika isn’t following anybody yet.

Product did nothing for dark spots, I used daily for 5 months and can't tell a difference. Too...

I bought this item in debenhams, got recommended by the employee that this would make my...