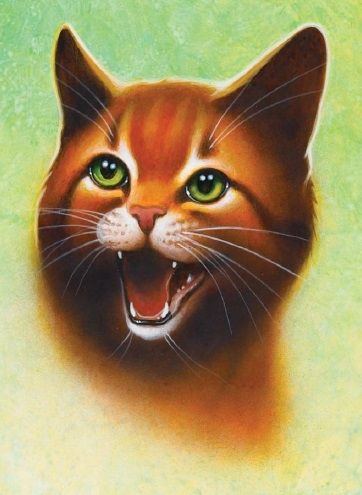 A no nonsense person. Down to earth and just don't put up with crap, from anyone.

I am very much into human rights. And I also encouraged every one, to get involved, since we all share this planet.

I am not happy with Wix.com. I have spent a lot of time trying to get the SEO section working, and after paying for my premium account, but still cannot get found on Google, or other search engines?. It is beyond frustrating, to now bordering on conspiracy. Actually, I just think that Wix.com is not as updated with their system, as they so loudly proclaim. But seriously, when you have paid for something, you expect to get the service that you paid for. I have other sites that I use for free and GET BETTER SERVICE, than I do with Wix.com. It is so crucial that its SEO editor is working, because why should anyone even bother to sign up with Wix.com and still can't be found in Google searches?. I have totally ran out of patience, because this has affected my business, as you can expect, in a negative way. If people can't find you on the internet, after publishing on Wix.com and still paying for their premium service, then what is the point?. I was also very angry when I found out that instead of the price that it has advertised for its premium plans, I was actually charged $10.00 more!. After contacting wix.com about that, they told me that the prices, that are advertised, is based on their yearly plan. I had opted for the monthly plan and now I am so glad that I did. I can't imagine going through all of this headache for a whole year, with Wix.com. It's system is archaic and not as good as it claims. It is very slow, and with lots of interruptions. I have actually spent a lot of time, trying to get its SEO editor working for me, just so that I can be found in Google searches and IT IS STILL NOT WORKING. This should have been the first feature that works, but it is not. Why am I paying for a website like Wix.com, but can't be found in search engines, because of Wix.com's SEO editor?. The longer that it takes for me to get found by search engines, after signing up with Wix.com, is a sign that this company, is not really up to the competition, no matter how loudly it touts its own claim. This says a lot about Wix.com and its advertising and its customer service.

Helpful (4)
Thank you
Public Storage Reviews
“Do Not Rent From Public Storage. Over Priced Units and Not Clean.”

Public Storage is Totally unregulated in the USA and Canada. Do Not Fall A Victim.
Public Storage is always raising my rent. Since last March of 2017, they've raised the rent twice and that's a total of $90.00 added on to my regular monthly fees. I am paying far more than any new customers, because that company will take advantage of you. Once you've rented from them for a while, expect your rent to keep being raised. Since February of 2018, Public Storage has added on about $35 - $40.00 on my rent, which they had already raised in March 3017. They are an unregulated company and can raise the rent, whenever they want. Or so they believed. Both times the rent for my locker went up by more than 20% and I am not taking this lightly. I am taking them to court over the rent hikes. If Public Storage do not like renting to you, it will raise the price of the rent and do other things to bug you. Plus they also have mice and the place is not clean and also no climate control in its lockers. Why waste your time and rent from Public Storage. Go somewhere else. That is what I will be doing. I believe that they also raised my rent, just so that I can move out and stop using their services. Don't get hook by its promotion. It is a very racist company with some very racist employees.

THIS IS A BILLION DOLLAR COMPANY (OVER 2 BILLION DOLLARS IN REVENUES) AND IT DOES NOT EVEN HAVE THE DECENCY, TO RESPECT ITS CUSTOMERS. IT IS ALSO A MAJOR RIP OFF WITH THE RENTS. BUT ITS STAFF ARE THE WORST. RACISM, AND DISCRIMINTION, HAS BEEN EXPERIENCED, BY SOME CUSTOMERS LIKE MYSELF. AGAINST BOTH THE COMPANY AND ITS EMPLOYEES.

What you get for your money: Mice, lack of heating in the buildings, Increased rents a few times a year. Lack of cleanliness and very rude staff.
I especially have a problem with the Arrow Road location, in Toronto, Canada. And also against the District Manager, Byron Young. As well as with Public Storage, in general. They've targeted me and treated me and subjected me to discriminatory treatment. Some of the other things that they do included: turning off the lights at my locker. Do not clean up the area near to my locker (like bold face walking by and sweeping other areas and leaving my dirty). The building is not clean enough, because they also have mice. All that I got from Public Storage, in regards to the mice problem, was some stuff to put in the corners of my locker. There are holes in the unit from the mice coming into my unit from the units, next to it. Public Storage employees, also use the alarms to harass me. I choose to fight back publicly.

(Here is a cartoon image of the illustrator. IT MAY NOT BE ACCURATE AND THIS IS PART OF THE SCAM!) Using icons of either gender, that are also misleading.

She/he, advertises on Fivrr as an illustrator. AVOID HER AT ALL COST. Fivrr is also in league with this scam artist, because she is a level 2 seller. Avoid her and that site. It promotes those scam artists that rips off people. It's an open secret. Just check the reviews about that site, here on Sitejabber and other places.

I requested that she/he, illustrate a children book for me, on that site. And to avoid getting a bad review, she had my order cancelled. All that I did was to specify what I wanted and that was not what I got. I asked for one revision and she said okay. I said fine, I'll wait for it. Next thing I know I was contacted by Fivrr, that Customer Service had cancelled my order.
First off, she sent me a vector cartoon, that has nothing to do with the story, I wanted illustrated. I tried to be patient and ask for a revision. She/he said that she would. I tried to be so nice to this seller and scam artist. I will post my conversations with this seller, to show that I was not breaking any of Fivrr's policy.
I tried to be nice to this so called illustrator and she or he, (because you can't trust the icon that they put up), sent me a vector art that she got from somewhere, and which had nothing to do with the story that I wanted illustrated. When she/he thought that I would give her a bad review, she panicked and pulled some real funny stunt and cancelled the order. Well, she is getting a bad review here.
AVOID THIS SCAM ARTISTI, ANY WHERE ON THE INTERNET, THAT SHE MAY CONDUCT HER BUSINESS. IT IS NOT WORTH IT. SHE IS A TOTAL RIP OFF.
Not beyond using unethical means to get good reviews on Fivrr, that are also undeserving.

Helpful (6)
Thank you
Fiverr
“Fiverr supports sellers who are dishonest, as long as they make money for Fiverr.”

I recently joined Fiverr, as a buyer. I wanted some illustrations done for my children books, that I had written. I also made some wrong moves, thinking that the sellers are honest and professionals. Two of the sellers on Fiverr, (who also had glowing ratings), are nothing but thieves. They refused to return my manuscripts, which I had also foolishly sent to them, to illustrate. Those two sellers are, 1. An Indian woman (who also used a much younger picture on Fiverr) name "aparnapandabera". Avoid this thief at all cost. She is arrogant, rude and unethical. My repeated requests for her to return my mss, were ignored by her. 2. The other seller's name is lunaitme. She is also a thief. She told me that other sellers could have "copied my manuscripts", and I am sure that she herself did just that. Both of these sellers has so called positive reviews on Fiverr. I could not leave them a negative review. Please ask for samples of their work and you will see that their actual drawings are so crappy, that even a kindergarten student can draw much better. What they do is to show a lot of vector art on their profile page and their drawing skills are so low, that you will gasp at the actual results. Any system, like Fiverr, that asks you to pay upfront (via credit cards, or paypal, or a Fiverr's account), before the artist actually does the work, is suspect. It is a great mistake, because you don't know how skilled those persons are. Many of them are not. I can do vector art myself and have also done the graphic designs, for my books. I also don't advertised myself as an illustrator, because of that fact. (And I have the books to prove my skills in regards to that fact).
I used Fiverr because it is supposed to be cheaper and save you a lot of time. I was wrong. I got quotes for those illustrations, at $550.00. I kid you not.
Another thing I find is that I could not sell on Fiverr. I tried to sell and it kept creating all kinds of problems for me. If I tried to type in my writing skills, such as creative writing, Fiverr's stupid system would not let me do that.
And last, but not least. NO SERVICE ON FIVERR, IS FOR $5.00. As it claimed. Don't believe me?, then try buying some service on Fiverr and see if you actually pays $5.00, or anything close to that amount. That figure quoted by Fiverr, is to actually get you on to that site, but the rates are nothing close to that. $5.00 is just one tiny part of the cost. If you want the full service, form the seller, then you also be prepared to pay a lot more money. Don't trust certain sellers, like illustrators on Fiverr. They can't draw and uses digital technology, to rip you off.

Val hasn’t received any thanks yous.

Val doesn’t have any fans yet.

Val isn’t following anybody yet.

The wix idea seems great in paper but to actually host to this type of website is a horror not...