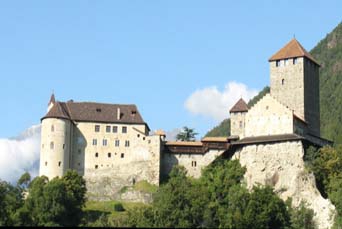 AmericanAirlines
“Watch out for Unauthorized Charges!!”
American Airlines has charged my credit card TWICE for services that I never received.

(1) In early 2018, I was charged $96.12 to upgrade my mother's seat on a flight. However, on that flight, AA did not upgrade her seat. (2) Recently in July 2019, the same thing happened. I tried to upgrade my mother's and my economy seats on an international trip, a birthday gift to my dear mother. For some reason, they upgraded mine but not my mother's. It was a huge inconvenience for my 80 year-old mother and me to sit separately for the 5 hour flight (on the upside, they let my mother have the upgrade while I sat in economy). A couple weeks later, I happened to check my credit card account and saw that AA had assessed two charges of $200.20 each, even though they only upgraded my ticket and not my mother's. Grrrrr.

During the second incident, when I mentioned my fear of being overcharged based on my previous experience, the airport representative who helped check us in assured me that I would not be charged for the upgrade that was not allowed. Also, I was only given a receipt for one upgrade of $200.20.

Here are other annoying aspects of my experiences: First, on both occasions, I only discovered the inappropriate charges weeks later while checking my credit card statements (which I honestly don't do often but must try to from now on). If I had not discovered the charges, AA would probably not have reimbursed me! Second, AA did not have the courtesy to issue any apology whatsoever on either occasion for the overcharge!

AA's conduct is an unacceptable business practice and should be looked into. I don't consider my experiences to be isolated incidents. Once my points are used up, I will not fly with AA.

Helpful (0)
Thank you
CheapOair
“Cheapoair - Worst Experience Ever!!”
This was my first time using cheapoair for my trip from the US to several European countries. I can assure you that I'll never use this service again. It ended up costing me an arm and a leg, including $50 to change a typographical error in a passenger's name. It's best to go directly through each airline.
Helpful (3)
Thank you
Sling TV
“Unauthorized charges for 16 months - $24.99 each month?!!!”
Sling.com has been charging me $24.99 since November 2016 (through and including February 2018). I NEVER signed up for the service. In fact, I had no idea about this service, I'd never heard about them until I noticed an unauthorized charge for $24.99 on my February 2018 bank statement. We are talking about $399.84 over a 16 month span. They claim someone in my household signed up. Really? I have cable, Netflix, AppleTV, and Amazon Prime, so why on earth would I need Sling.com? The fact that they have horrible reviews speaks volumes. Their tactics should be deemed unlawful!!!
Helpful (1)
Thank you
thredUP
“Rip Off!!”
Thredup paid me 65 cents on an item they sold for $12.99 and 50 cents on one that went for $9.99. Their rip off strategy should be illegal and exposed to all!
Helpful (7)
Thank you

thredUP -. – thredUP Rep Over a year old
Thank you for your review, Ugyved. We take all of our customer feedback very seriously as we continue to improve our services. We have sent you a private message to make this right. We look forward to your reply.

Ugyved hasn’t received any thanks yous.

Ugyved doesn’t have any fans yet.

Ugyved isn’t following anybody yet.

I took a trip to New York a couple of years ago and the flight was awful and full of dread. The...