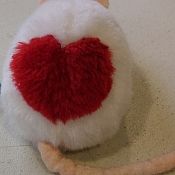 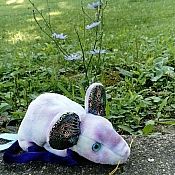 Not much to know.

Well, I got my order fulfilled but it was only for one of the items; the other item (a dandelion crystal ball) was actually canceled and never sent, despite the website indicating that it's still in stock. I've contacted them about it but got no reply about why this is.

They say they're a small family run business but, while this is true, it's not an excuse for poor customer service or what can be presumed to be false advertising.

Helpful (1)
Thank you
Modheart.com
“What happened?!”

I remember this being a bjd shop but how all the links redirect to some overpriced clothing shop. What on earth happened?

Apparently, you won't get your packages from them and the website looks iffy. It would seem that they aren't good for communication on anything to do with items.

In short, if you're looking for doll clothes, don't use this site.

Helpful (1)
Thank you
Care2
“It's kind of a dumpsterfire”

Well, a lot of the petitions are closed and, honestly, it's more of a joke site that likes to take money and go.

Oh, she's wonderful. My first rat that I got from her was Embrasse (who's my profile pic) and I was just enthralled with how wonder she's made her. Her customer service is also phenomenal and quite adorable.

Sadly, it seems that her site is currently disconnected but it's because she's in the process of moving. She'll be back at some point.

Tip for consumers:
She doesn't do bulk orders, thus, while it's tempting, it's best to order about two at the most.

She's since updated her domain:
https://www.citrinemouse.net/

The website doesn't seem to be working. Actually, according to Wayback Machine, it doesn't seem to have been updated since about late 2018. It gets one star because it's practically nonexistent.

I first joined YouTube in about 2009 and I have to say that it's not the same landscape as it was.

For one, there was the Google+ merger, which wasn't appreciated, at all.

Two, there was that Adpacalypse and the resulting rule changes didn't help. A lot of my favorite and very good YouTubers lost a good portion of their income. Sadly, them trying to go "family friendly" isn't working out.

Three, there has been some inherent biases towards bigger channels. Recently, a lot of people have lost their entire Google accounts after participating in livestream by Markiplier but, despite acknowledging that he broke the rules, Logan Paul was allowed to keep his channel. That's not even getting into the spam account or the animal/child abuse content problem (it took a PETITION to get ONE channel with such content removed).

You see, when I first joined the site, it was a fun and more relaxed place but, now, it's gone downhill and it's still going downhill. I wish we had some parts of old YouTube back, instead of an advertising platform that stifles its users.

Tip for consumers:
Stay off their radar as much as you can and try not to make it your sole income.

Helpful (3)
Thank you
Nin Nin Game
“It could be better, tbh”

So far, I've only shopped on the site once and, unfortunately, it didn't go so well, as the item that I tried to buy was out of stock, despite the site saying otherwise. Apparently, that's a common occurrence.

Their customer service is pretty much okay and it is a legit site but the way the site is operated could use some work.

Helpful (1)
Thank you
Katy Craft
“Don't use this website”

I've never shopped on this site but I did check it out.

Sure enough, as I can tell you, the site is a fraudulent store with an adorable look and that's all it is.

Firstly, sells bootlegged anime/game figures for way much more than they're actually worth.

Secondly, the owners of this site steals images of various artists on Etsy and uses them to advertise the products on their site.

There isn't much more to say but, however, if you value your time and money, don't use this site, you'll be ripped off.

Tip for consumers:
Odds are, since the shipping is from China, you most likely won't get your item and, despite its money back gaurantee, I doubt that they'd follow through.

Helpful (3)
Thank you
YouPic
“I have much to say”

Look, when I first joined the site, it was a pretty good site and the people (other users) there are quite so nice, however, their business model could use some work and that's real.

Look, I get that the site needs money but what I don't appreciate is being limited to ONE photo upload per 12 hours. They've been pushing that premium membership noise for as long as I've been on it but they've gone too far with that crap. It's a photography site, not a shop and, really, who buys photos? Adding onto that, that premium membership is expensive as holy hell.

I love my photos getting attention but I do photography for fun, not as a job. I wish the admins would take that idea into consideration.

Helpful (14)
Thank you
Tumblr
“I have many a thing”

I first joined this site back in '13 but I didn't quite get into it until a little later in '13 and I found it to be a lot of fun to use, going on to make five more since. Sure, we do have that vocal minority (or majority, I don't really know) but there's a lot of fun and wonderful people on there.

Unfortunately, it's taken a hit with it's new guidelines (which only came about because of the FOSTA-SESTA act) and, to be honest, I do think there could have been something more of a middle ground when the changes went into the effect but the new laws put in place that lead to the changes poses a lot of liability as far as it goes, on top of AIs being a crapshoot. Otherwise, not much about it has changed.

All in all, I recommend the site.

I'll change my rating and review when things improve.

When I first joined the site (and by extension, got the app), the site was pretty cool and I mostly made a profile so I could play games (this was back in 2012) but that was before I figured out it could be a good way to stay in contact with people from my past (I was reunited with a sister through Facebook). It seemed like a pretty fun place.

Now, onto the negatives. Besides the privacy concerns, the site (or, rather, the app) has gotten to be more buggy and it keeps getting buggier and buggier with each new change. Adding onto this, we have the issue of the mods not doing anything about hateful/abusive posts, spam posts, or the CP, let alone, the hackers, among other issues.

Look, it could be a nice site but, unfortunately, the landscape has changed since I first joined.

Helpful (1)
Thank you
FanFiction.Net
“It's OK”

The site is okay but the they could have more attentive admins and I loved it when they used to have a spell check in the document editor. I hope they bring that back.

Helpful (1)
Thank you
pixiv
“It's a pretty good site”

It's a pretty good site, tbh.

The layout is wee haphazard but it's easy to use. The users tend to be friendlier and the admins are quite accommodating.

Sure, besides some of the more "questionable" artwork, it's an overall permissive site but, with a Pixiv Premium, that problem can be fixed.

They could, however, let you have more than a 200 tag limit on a blacklist.

Helpful (1)
Thank you
Tvtropes
“Such a drastic change.”

You see, I've been on this site for quite awhile and it's changed a great deal since when I first joined.

You see, Fast Eddie is no longer in charge, as he's sold the site (back in 2014). Unfortunately, that's not the issue. The staff, it seems, are hard to reach and the mods seem to target some tropers unfairly. Apparently, from what I've gathered, some pages have been cut for pretty arbitrary reasons.

On top of these, the new sight layout has more bugs than a beehive but the thing that seems to be plaguing it the most is the ads, especially on mobile, as, the ads hijack the page, redirecting you to Lord knows what the hell.

It could be a very good site but it's not the same as it was when I first joined. Nevertheless, I hope things improve.

I would not suggest this. You see, this site is, basically, a pay to use site. Most of the admins aren't particularly nice. It's quite restrictive and one is isn't allowed to post more than ten things unless you pay. I didn't stay there long.

In short, there are other writing websites, worth your time.

I appreciate your feedback. We've taken a different approach than the "free" sites that aren't really "free". By now, everyone knows there is a COST to everything. Everyone knows that "free" means they sell your information to pay for the service! Nothing is "free". Look at all the scandals at Facebook, Google and on and on. Read the business plans of the larger "free" sites. They are NOT charities. Some smaller sites may be NOT selling your information in which case: The site is just a hobby for the admin(s). Hobbies don't last forever and don't be surprised when you log in one day to find the site owner has moved on to something more worth their own time.

To each their own.:-) We've been online providing our services since 2000 -- celebrating our 19th year online serving writers coming up in September! There are few (if any) truly "free" sites that can make sure statements! For less than a cup of coffee per month, we offer a remarkably stable environment for folks serious about their writing.

Where ever you may end up, we sincerely wish you the best with your writing endeavors.

As you read through the petition it quickly spells out D LEFT endorsed! The left even stoop's low...

Been a Care2 signer for 2 years I think, and one who tries to verify validity of petitions before...