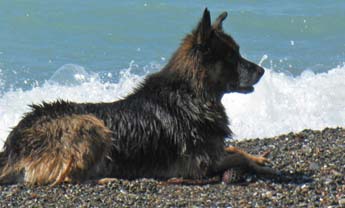 Catsa.gc.ca
“Over 2 months still no reply from catsa”
• Updated review
It has been over 2 months and still no update from catsa. This security agency should be abolished. They do not care about public safety and regards. Passenger complaints are being blatantly disregarded just to protect their arrogant and disrestpecful employees.
Helpful (3)
Thank you
“CATSA SECURITY GUARD'S ARROGANCE AND DISRESPECT TO A COLOURED FAMILY”
• Previous review
At approximately 2345 hours before entering the security sceeening area an catsa uniformed employee by the name of ARIS employee # 596781 asked my wife for the our boarding pass but my wife did not hear him and gave our boarding pass to another employee who also asked her for the same documents, when my wife was speaking with the other employee ARIS stated to the employee beside him " I asked her for their boarding pass but she said "yes" the they both laugh , I felt insulted so I told him not to laugh at my wife, ARIS JUST LOOKED AT ME WITH A SARCASTIC GRIN ON HIS FACE THEN ASKED FOR MY NAME WITH AN INTIMIDATING TONE WHILE LOOKING AT ME FRON HEAD TO TOE, I was expecting him to apologize at least but even after we were at the process of security screening he was still staring at us, I am travelling with my wife and 3 kids, the nature of our trip is due to my father in law who is currently in intensive care unit of a hospital, my wife was just in the hospital a day before our flight due to the bad news about my father in law, after the screening I felt that I had to do something about the way that ARIS humiliated my wife and still have the arrogance to intimidate us by staring and sarcastically grinning. I went to asked his name to which he ARROGANTLY showed his i.d and stated "DO YOU WANT MY BADGE NUMBER TOO? I said yes but he just showed me his I.d the smirked, I immediately asked for the supervisor and Mr. JAMIASAN DZENEKOY was nice enough to accomodate me, Mr. Dzenekoy asked what occured so I explained it to him the he said he is going to speak with Aris to know the full story, I told Mr. Dzenekov that if he want he can call ARIS so we can clarify everything rigth there and then but Mr. Dzenekoy refused and instead he gave me the site where I can file a complaint. My wife and I are both professionals and courteous, we have experience such DISRESPECT, INTIMIDATION and ARROGANCE from anybody specially in front of our kids, it might even be because we are a minority?? I HOPE SOMETHING CAN BE DONE ABOUT THIS SO NOBODY ELSE WILL EXPERIENCE ARIS'S arrogance. I am submitting this complaint to be used to support other legal avenues we are contemplating to explore.
Sincerely,
T.B.
Flighthub
“WORST THAN THIEVES!!!! Booking #067144532”
Book a flight for my family, my older kid needs to return earlier than us but we were able to book a same day departure with a couple of hours difference so we can save some money on transpo to the airport, after I got the email confirmation email for my kid's flight, I printed the itinerary and eticket no problem, then I received an email confirmation that the reservation for our flight (me, wife and 2 kids) together with our itenerary, after I printed the itenerary I got an email stating that our flight was cancelled, called them up to verify and was told that there was a PRICE INCREASE and our reservation did not go thru but my kid who was travelling hours apart from us that I paid MORE MONEY FOR THE TICKET the booking is good, I explained to the call centre agent that if me and my wife can't go we'll have to cancel my kid's flight because we have to go to airport for departure and pick up at the same day which I explained to the booking agent, the person I spoke with stated I NEEED TO PAY $75 CANCELLATION FEE, I told him it is not my fault that I cannot travel almost at the same time with my kid and departure and pick up arrangements were already made plus I called right away, call centre guy then said he'll have to check, made me wait 5+minutes then stated " IT IS A GOOD THING SIR THAT YOU CALLED BEFORE THE EASTERN TIME DEADLINE AND ALSO FOR BEING A 1ST TIME CLIENT I WILL WAIVE THE PENALTY" then put me on hold again after 10+minutes came back ( JULIUS was his name) then said that I have to pay the penalty, so I asked for the supervisor biatch name is RACHEL employee# 3741OG if ever it is correct, she told me that the RESERVATION WAS NOT CONFIRMED, I told her I already received an email stating "YOUR RESERVATION IS CONFIRMED, NO NEED TO CALL US TO RECONFIRM THIS RESERVATION" that was together with our "ITENERARY" then she gave me excuses after excuses, and was still charging me $75 to cancel the remaining reservation, I TOLD HER YOU SHOULD AT LEAST ASK ME IF I AM INTERESTED IN GETTING A DIFFERENT FLIGHT SINCE THEY CANCELLED MY FLIGHT, RACHEL DID NOT EVEN ENTERTAIN THAT REQUEST, THESE PEOPLE ARE A SORRY EXCUSE FOR A HUMAN BEING. FLIGHT HUB IS GOING DOWN THE DRAIN DUE TO PEOPLE LIKE RACHEL WHO HAS ZERO CLIENT COURTESY AND MARKETING SKILLS. These company DOES NOT DERSERVE OUR HARD EARNED MONEY!!! THEY ARE SCAMMERS!!! WORST THAN THIEVES!!!
Helpful (0)
Thank you

Sarah C. – Flighthub Rep Over a year old
Hi there,

Thank you for taking the time to review our services. We have successfully located your booking and will be looking into it for you. Should there be any further action required, we will be reaching out to you by phone or email.

Tris hasn’t received any thanks yous.

Tris doesn’t have any fans yet.

Tris isn’t following anybody yet.

The website was easy to navigate and I'm satisfied with my purchased.

Booked Air Canada flights from Ottawa to London. Received an email with link to seat selection. ...