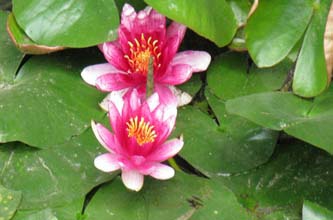 Atritz.com
“DO NOT purchase anything from Atritz Fashion!”
Verified purchase

Do not order anything from Atritz! Do not waste your hard earned money on this disgusting and unethical company. I would remove stars from their rating if I could and only gave one star because I can't provide feedback if I don't. Guaranteed all positive reviews have been manipulated and are 100 percent fake!
Do not order anything from Atritz! Ever! Even if you think it looks nice, I can guarantee you it won't be. This company is a nightmare to deal with, their clothes are not as advertised and of the cheapest quality.
My parcel arrived two months after the order was placed and while I based my order on their measurement scale nothing fit, some had holes in it and the actual items were not as shown online. Cheap material. When I attempted to return they said the shipping costs were not worth the return and would give me a $19 discount. I responded stating this was unacceptable and reminded them they advertise easy returns and that I wanted a full refund of the almost $200 USD spent. They declined my return and refused to provide an address stating I would never pay to return the items because the cost to return to Dubai is astronomical and as a last offer they would discount $39. This is how they get you - it will cost me over 100 dollars to send back so they hope I will keep it and accept the discount. I sent one last email in attempt for them to correct and if not I will pay the money to return (If they will ever provide the address). I'd rather give $$$$ to the postal service instead of this dead beat shady company. Beyond frustrated! Again, Don't waste your hard earned money on this disgusting, unethical company.

Tip for consumers:
Don’t order from this site, ever! Take your money and order from a reputable site

Traci hasn’t received any thanks yous.

Traci doesn’t have any fans yet.

Traci isn’t following anybody yet.