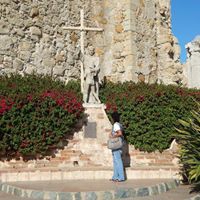 Sure, this website is very informative about Japan and all that - I'll give it its props on that...

What I also noticed about this site is no one interesting ever writes, only housewives, married men, and perverts... I also noticed that many of the members are very close-minded - the Japanese members that is. They still assume that everyone in the USA and Europe are "White" and if you aren't, they don't want to have anything on earth to do with you. How racist is that?

With all this said, this site has totally turned me off from making any friends from Japan. I have had some horrible experiences with Japanese people - men and women - from using this website. Not interested in them or their culture anymore!

I would not recommend this site to anyone, especially to younger people - ages 14-17 looking for friends.

This website is nothing but rubbish! There are no people on t here at all. The only thing that I get is tons and loads of letters from prisoners from CORRLINKS. I checked my age group for female penpals my age and do you know that I was the ONLY one who had signed up for MONTHS? There is absolutely NO ONE on here to talk with. I don't recommend this site at all. It is horrible!

This website used to be a lot better (2005-2006) until they introduced the "facebook" like features - tons of photos can be added, updating statuses, etc... Takes away from good quality friendship. The only thing that people on this site are looking for is for someone to stroke his/her ego by uploading tons of photos and getting people to "like" or "comment" on them. No one is looking for serious friendships at all.

I have encountered a lot of mean and cruel people on this site, too, many of who are racist, close-minded, etc... Especially those from Asian and European cultures. I have yet to meet a quality person on this site at all. It sucks that there aren't any other penpal sites out there, too!

I would not recommend this site to a mortal enemy!

Torri hasn’t received any thanks yous.

Torri doesn’t have any fans yet.

Torri isn’t following anybody yet.

This site is wall-to-wall fakes and con merchants, with the owners accepting uncritically ANY...

I went on this site to find a woman to write to for Friendship. All I found was women looking for...