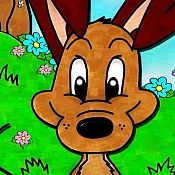 RSVP
“RSVP DOES NOT LIKE FOREIGNERS”
I signed up under Sydney because their site would not accept my usa postal code or country, sent my photos via their email. But told my account was suspended due to my ip address was not Australia and wanted me to tell them why and I asked where does it say I have to live in Australia to join their site? And they won't respond. Though I am on their mailing list though asked to be removed. Weird part I was on there in 2007 and even flew to Australia in 2007 but they claim safety for their members. I live in las vegas so explain how am I not safe
Helpful (2)
Thank you

Tony Has Received 1 Thank You

believe b. thanked you for your review of RSVP

“Thank you for sharing this. It helps me a lot. It would help more people if you submit your experience to https://www.accc.gov.au/contact-us/contact-the-accc/report-a-consumer-issue. And https://www.cyber.gov.au/acsc/report Hope all the best.”

Tony isn’t following anybody yet.

27 January 2019 This dating site is supposedly reputable, serious and safe. In my current...

Well after trying Ashley Madison lost money and the only real babes were ugly as sin. Tried...