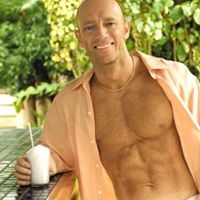 Ripac.net
“RIPAC | John Morgan went up on condo fees, never told me, and expect me to pay for their mistake”
About 2 years ago, I got a call from the bank that holds the mortgage on my condo. They said that I owed $1700+ in delinquent condo/attorney fees. I told them I never missed a payment. Apparently, RIPAC went up on the fees and never told me. I no longer live on the property, but they have my phone number and email address on file, neither of which they used in order to try to contact and notify me.

I called the owner, John Morgan, who is a total, complete f*cking @ssh0le. I wanted to discuss this with him, but he refused to return the 3 voice mails I left him. Unfortunately, the bank paid their fraudulent claim and has now eaten the $1700+.

For the past several months, in retaliation, I've been paying off-color amounts for the condo fee, which is $190 per month. Some months I pay $191.03, some months I pay $189.08. It's different every month so that it makes it extra difficult for them to keep track of their books.

As a result, they have not been able to add correctly and are implying that I now have a balance of $100 and some change (they keep adding late fees, I presume, onto a balance that was fictitious to begin with, which allowed them to balloon the "balance due" to where it currently stands).

They certainly have every prerogative to continue being @ssh0les, but if they do, I will continue to make their lives more difficult, file suit, file more complaints, etc. Since I pay them using free electronic checks, I have just begun sending an additional check each month.

Tip for consumers: People may not have a choice if this is their (mis)management association, but I suggest doing what I did. If they get deluged with monthly checks from every victim, they may remove fraudulent/erroneous charges from everyone's account.

Helpful (0)
Thank you
Rayharrisonlaw
“Attorney who violates the FDCPA and then tries to hide it”
This all began in September 2017 from a fraudulent debt that Mr. Harrison was trying to collect. There are many provisions of the FDCPA, several of which he violated:

1. 1692e(11)
He never told me during his initial phone conversation that any information obtained will be used for that purpose with regard to any debt.
2. 1692g(a)
He did not give me the information enumerated below within five (5) days of initial communication.
3. 1692g(a)(3)
He never informed me verbally, in emails, or in any of his correspondence that I have thirty (30) days from his initial contact on September 22, 2017, to dispute the debt. To the contrary, he short-circuited this requirement and illegally demanded payment within six (6) days of his initial contact.
4. 1692g(a)(5)
He has provided no address for the alleged creditor.
5. 1692f(1)
Collection of fees/fines are not authorized in condo association bylaws/rules article 6 (pg. A-54). Page A-15 section 12.2 allows administrative fees up to $25.00, but since the property management company is attempting to assess finance charges, they are limited to 18%, or about $9.67 per month. Therefore, he failed to properly verify the alleged debt.

Regarding 30 day notice, he sent a letter to the address of the condo that I own, but since I don't live there and instead rent it out, the letter was returned to his office before he informed my attorney that he had properly given me 30 day notice, thereby eliminating any plausible deniability that he didn't know I never received the letter.

As a public warning to citizens in Rhode Island, beware that he doesn't try the same illegal collection activities against you. He is a slippery one, so be forewarned! He has no idea that he has messed with the wrong person, but will find out shortly.....
Helpful (0)
Thank you
Jmichaudlaw
“This lawyer has committed state and federal crimes and belongs in prison!”
Of any warning I could give to people in Massachusetts, this review is the strongest! Attorney Joseph Michaud is certainly a bottom-of-the-barrel attorney. Not only does he have 2 KNOWN lawsuits against him:

but he has also broken the rules of professional conduct of the Massachusetts bar, committed several federal crimes, and committed at least 3 state felonies (obstruction of justice, perjury, and conspiracy to commit fraud) in just one civil case! Lawyers, of course, do not have the most pristine reputation, but this one is particularly bad. Nobody, including members of the legal system, should be above the law. I have registered complaints with the DOJ, FBI, U.S. attorney, and other channels and will update this post as appropriate. If I could rate zero stars, it would truly be an appropriate rating. I STRONGLY caution anyone who is considering hiring this lawyer!
Helpful (0)
Thank you
GigSalad
“GIGSALAD - Worst company I've ever done business with!!!”
After scheduling our first gig through this horrible company, the customer refused to provide important details, such as confirming the location of their event & wardrobe, both of which we obviously needed to be their artist model. We contacted the customer prior to their event a MINIMUM of 5 times by text, voice mail, and email and got NO response. At that point, we had no idea if the event was cancelled or if the customer had moved, died, or whatnot. In fact, if gig salad had looked at our last correspondence to the customer through their OWN email notification system, they would have been well aware of what was going on and that we had tried many times to contact the customer. If gig salad had done so, they would have known we had done everything in our power to move forward with our booking. After the date of the event passed and we saw our 1-star review on their site, it was easy to figure out what happened. For whatever reason, the customer found a replacement for us, which is fine, but in order to justify getting their nonrefundable deposit back through gig salad, they chose not to reply to us so that it would look like we failed to appear at their eventbut they had basically forced us not to show up. Then they gave us the poor review to justify their actions to gig salad. Its unfortunate that people will stoop to such a scheme for their own personal gain at the expense of others, but outrageous that gig salad was complicit in it. Beware!!!
Helpful (13)
Thank you

Megan P. – GigSalad Rep Over a year old
Hi Tom, we're sorry about your experience with our platform. Please reach out to us by email at help@gigsalad.com or call 866-788-GIGS so we can discuss this with you. Thank you.

Just had an awful customer service experience with GigSalad...we had to cancel an event due to...

This could be a great service, but their policy to force the client to pay BOTH the deposit and...