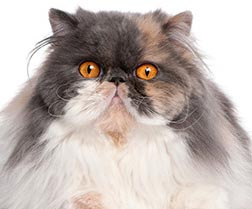 MyTriathlon.co.uk
“Absolutely Abysmal !”
Swim goggles still hadn't arrived or had any word from them for 3 weeks after paying for the order, I then emailed to ask the order status/ whereabouts and 2-3 weeks later still no reply! So 5 weeks after placing the order I phoned and was given a sarcastic 'apology' and told they MIGHT receive the order from the supplier at the end of the week so I should just keep waiting. I get the distinct impression that ignoring orders and follow up emails/communications is just the norm for this lot! Unreal.
Helpful (0)
Thank you

Tommy hasn’t received any thanks yous.

Tommy doesn’t have any fans yet.

Tommy isn’t following anybody yet.

i ordered a new orca wetsuit.i received a wetsuit which had no labels attached and a small water...

I ordered some compression tights that arrived defective. They had clearly been worn by someone...