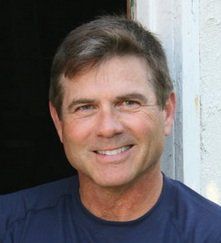 I do freelance web setup and development, recommend web and phone solutions for businesses. Mostly word of mouth, I intentionally don't have a website of my own - I would never maintain it.

If you need a recommendation on telecom or webhosting, I can probably send you in the right direction.

Tom Hawthorne
Helpful (1)
Thank you
Amazon
“I fell in love with Amazon.com about a year ago”
I fell in love with Amazon.com about a year ago. I'm a member of Amazon Prime and I watch lots of free movies and documentaries. Also, love the free 2-day shipping. No real problems, but the selection could be better. Also, they should have previews available even when the video is available for free - I want to know what it is before spending my time watching it. I usually switch to another browser and copy/paste the URL to watch the amazon preview.
Helpful (0)
Thank you
Verizon Communications
“I used to use Verizon Business for international call...”
I used to use Verizon Business for international call forwarding to our UK call center, but it cost a fortune and I couldn't update the number they forwarded to without submitting an order and jumping through a bunch of hoops. I found another company using google and they are much better.
Helpful (1)
Thank you
Kaiser Permanente
“This is a terrible organization”
This is a terrible organization. I took my gf to the ER yesterday and the doctors and nurses didn't have a clue what the other was doing or had done. The nurse didn't even know what she had already done a few minutes before, she brought in the same supplies again, I couldn't believe it. Then, mid sentance, the doctor took a phone call on his mobile and never came back. I'm not a member and my gf is moving to PPO as soon as she can.
Helpful (3)
Thank you
TollFreeForwarding
“I've been using tollfeeforwarding for 3.5 years now...”
I've been using tollfeeforwarding for 3.5 years now and they are much better than Verizon. Verizon was doing my call forwarding to the UK, but they charged a boatload and it took over a week to change the forwarding number back tot he USA. When I asked Verizon about getting a UK tollfree number, they had no idea what I was talking about adn I got transferred many times and had to call several phone numbers. When I finally got someone at Verizon who said they could get a UK tollfree number, they said it would take 4-6 weeks to setup.

That's when I googled and found tollfreeforwardng and they had numbers AVAILABLE on their website. So, I signed up and had a wording number within a few minutes. A few minutes later Derek called me from tollfreeforwarding and asked if I needed help - I about fell out of my seat. I just use their website to change the forwarding number whenever I want. I couldn't believe i was wasting my time with Verizon.

I don't know why these people below think it's a not a reliable company, maybe they weren't serious customers. I've had realy good service from them. One time I thought my Mexico tollfree number wasn't working, but it turns out my customer was trying to call from the USA which they said isn't possible. I believe them since their people know so much more about international telecom than anyone I ever talked to at Verizon. Because of the complaints below, i was concerned about not being able to cancel. I asked them about it and they said you just need to call and they will give you a cancellation number so you have proof - seems reasonable to me.

I really give it no stars as they are horrible. This company lied about their policies on...

I wish I could give this "company" negative stars!!! I also wish I'd been smart enough to look at...