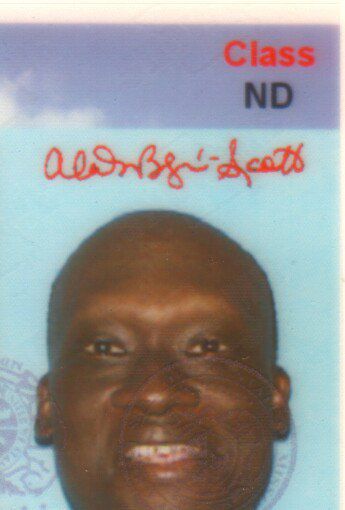 I know a lot about survey sites and other sites that pay you to run ads or do other things online. My reviews are fair and thorough.

10FastFingers.com
“Talk typing on this forum”

I'm disappointed I had recently been banned for I suppose having a commercial link in my signature but the ban which I had thought was permanent has been lifted. Overall, I've had a pretty good experience here and you can freely express your views.

Stay away from them. One reason why they banned me is they disagreed with my posts, calling them immaterial - I provided what I thought was helpful advice and got "helpful" votes. The other reason was for having a commercial link in my signature - when I signed up, they didn't forbid this in their policies. On top of that, they ignored the appeal I wrote.

You can consistently garner a few dozen or more impressions from running their safe ads on your sites but that's the only good thing I can say about them. They recently went from letting you cash out upon accumulating ten bucks in your account to making it so that you must earn 25 bucks to request a payment. You can easily get up to 1000 impressions and still have no money in your account balance. On top of that, you can get multiple clicks and not earn one cent from that.

This is a great infographics and commercial image service overall and a great supplement in case you've reached a posting limit elsewhere; there is not a limit to how many of them you can post. Plus, you can choose from a lot of free graphics, customize them to your liking then insert them on your blog or website by choosing Download<embed in your dashboard settings.

It is now easy to edit the graphics you already created with ease and without having to start over. Finally, you can use one of the graphics they provide to create a book cover - to do this, right-click the image of your choice then select "Save As" in the pop-up window then save the image to your computer or other storage device such as a flash drive then upload the saved image to your publisher settings wherever you self-publish your books such as Bookrix.

Helpful (13)
Thank you
Venngage
“Engage your site visitors with Venngage”

They provide quality infographics such as charts, posters and other visuals that enable you to get more traffic, engage your visitors, etc. Furthermore, it's easy to install and edit these features plus you get an outstanding variety of designs to create and edit. What keeps me from giving them five stars is that you can't have more than five infographics posted at the same time in your account without upgrading and paying about 30 to 50 bucks a month.

Helpful (0)
Thank you
OneOpinion
“I had to drop One Opinion”

I won't give them a one-star rating because they frequently send survey invitations and some of their surveys are worth at least a few thousand points. On the other hand, the negatives outweigh the positives. You must accumulate 25,000 points to get a retail gift card (no cash offered), some of the surveys are routed to sites where you constantly get routed to other surveys and you will often get a survey that takes much longer than the ten or fifteen minutes promised before you begin, with the incentive (1000 points) not worth it. Finally, it takes too long to get the 25,000 points anyway.

As you sign up to run ads on their account, they state that they accept most publishers and will especially accept you if you have quality content but this couldn't be farther from the truth. Although I have quality content on all my blogs, this company rejected all of them without providing an explanation.

After I signed up months ago, I didn't write an article because I couldn't find anything to write based on the type of articles sought by the clients. Although I explained this to the website owner as he emailed me to urge me to write, he kept frequently writing to me on this until I logged in and made it so I would get no more notifications from them. About a month ago, I made my occasional login attempt only to find my account had obviously been cancelled by that same guy.

Helpful (6)
Thank you
Work.onespace
“Use One Space to make some pocket money”

I continue to use it so it must not be that bad. What I like about them is that when you find work you qualify for, the tasks are quick and you will get paid within a few days through your PayPal account, even if you literally just earned a few pennies for doing work that day. What I dislike is that many of the tasks require you to have qualification for them and it's hard to pass the tests to get those qualifications. Also, I don't often get work because I don't have any of their qualifications.

This is another site I've wasted time running ads with on my blogs. All you or your visitors have to do is pull your scroll bar or click somewhere on your pages and there will be a blank pop layer that covers your entire site for several seconds - this despite the fact that this site is officially providing pop-under ads which pop up under the user's browser and generally don't lead to annoyance. Also, the earnings appear to be infinitesimal. If you run ads, frequently test your links and click away on your sites to make sure you're not getting bad ads that can ruin your online business.

Although you can consistently get a lot of ad impressions from running their ads, they provide complete reports and they let you cash out once you accumulate a dollar in your account, you may not ultimately be thrilled, especially if you generally don't get much traffic like me. I recently reached the 1000-impression threshold with legitimate traffic but because none of my impressions produced clicks let alone clicks that converted into action, my balance is stuck at no revenue and they won't upgrade me to their premium publishers program which would enable me to get paid on a CPM, CPC and CPA model for impressions, clicks and conversions. To add insult to injury, they don't point out on their website that they are mainly a cost per action network that won't pay you without you delivering traffic that converts; on top of that, they generally provide the same ads over and over again that don't pertain to your websites/blogs and are not likely to even attract clicks.

Ad Media, or Monetize, has rejected me. First, they don't state on their site that you must have 1000 unique visitors monthly. Second, they waste your time by sending you a welcome email and having you go to their site to fill out a tax form but the problem with that form is you can't put your signature and date on it and you can neither save the information nor successfully submit the form.

Many months ago, I submitted my name and email so that I could write articles for them but they never got back to me; therefore, I can't complete the signup, open an account and begin writing articles for pay. If they thought the submission of my LinkedIn profile wasn't good enough, they should have had the decency to tell me.

I just ran their ads on all my blogs for a little over a month and a half but neither got an iota of revenue nor any impressions. In that kind of span, I've at least gotten a few impressions with just about all other ad networks I've tried.

After I registered awhile back, they rejected my site, saying it was not engaging enough and would lead to low conversions. Ever since, I've done everything I can to meet this requirement; however, they just reviewed my second ticket which I submitted a few weeks ago and closed it without telling me anything about what I need to do better or why they won't consider me.

I mainly just publish comic strip books for free with them now. Although you can generate 70 % of what you charge for your books in sales by choosing the 70-percent option for the $2.99-$9.99 range, overall sales have plummeted for me here the last four years plus they don't provide your views tally; consequently, I had to move most of my books to another market. On the bright side, you can possibly get a $1500 advance by using their Kindle Scout program as a member; however, your submission must have at least 50,000 words and fall into a certain category. Minus getting a sale, you will generate revenue for each page of one of your books that someone reads on their Kindle but it is usually pennies literally. I give them strong credit for publishing your submission within 12 hours.

Although your earnings can rapidly accumulate from running their ads, if you or your website visitors click one of your external links, you will often encounter an interstitial ad that keeps you from getting back to your site. Here's a partial view of my dashboard: Todd Hicks Balance: $0.0010 (a logout arrow follows). Anytime you have a dashboard that looks like this followed by a table chart, don't waste time installing their ad code only to have to remove it from your sites later - these networks all have bad ads.

Helpful (0)
Thank you
Not Alone
“The administration is senseless”

Arman G. – Not Alone Rep Over a year old

Sure, if someone registered and the first thing they do is add a link to signature that would get you banned here.

As this free self-publishing site distributes your book to multiple online retailers for free once they quickly accept your submission that has at least 2000 words, you will have a big assist in your marketing efforts. Also, you may consistently get sales here and there, especially if you write enough books and create strong titles. Once you accumulate 10 dollars in your account, you will quickly get paid through PayPal. The approval process usually just takes a few days for your book to officially hit the market. The main drawback is you generate just a third in revenue of what you charge for your books; otherwise, they would be just short of perfection.

They disabled my account even though I never wrote an article for them. They did not respond after I contacted them to ask why.

Not only do you spend 15-20 minutes on a survey, it'll often loop several times with the same...

You can spend 10-20 min on each survey to find out that you not qualified. When I finally had...