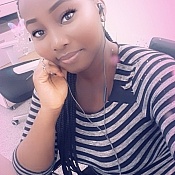 One of the most important aspects when deciding whether or not use a cryptocurrency exchange is safety. After all, you don't want to deposit your own money if its at risk. This couldn't be truer in the cryptocurrency industry, as hacks seem to a common occurrence. While MAceFinance is one of the few exchanges that are regulated, it has been involved in several hack scandals. In January 2018, a string of hacks that targeted MaceFinance led to a loss of more than 40 BTC of different users. Some users lost around $10,000 Bitcoins and were hacked several times. Not all users were refunded by MaceFinance, and while the exchange implemented a number of security measures to prevent hacks, MaceFinance remains largely unsafe, and for this reason we cannot endorse this platform.

It has worked far better than I was expecting! And it is very very helpful I must say...

Jumia is one of the largest online shopping website, you can order for any products you want and get it delivered to you anywhere you are. Their delivery process is stress free and the cost of delivery is very affordable.

LinkedIn is one of the most adorable website for job seekers, you get to connect with new people with the same career objectives, you can easily get a good employer and an employer will be to recruit the person suitable for each job specification.

Ali Express is one of the greatest online shopping sites that has ever existed, easy to use, orders for your goods and get it delivered at the appropriate time and period. They are simply the best for online shopping

Titilayo hasn’t received any thanks yous.

Titilayo doesn’t have any fans yet.

Titilayo isn’t following anybody yet.

MaceFinance is an exchange to buy and sell bitcoin, ethereum and litecoin. Now by all means don't...