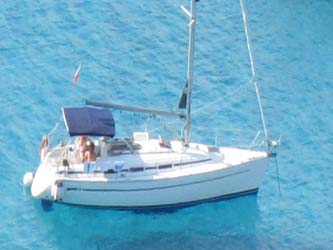 CouriersPlease.com.au
“CouriersNoThankYou!”
Ordered goods online from a company who use CouriersPlease for the Darwin leg of the delivery. This outfit is so badly organised with just 2 people running the show in Darwin. Living in an apartment, couriers generally can't be bothered to ring the buzzer for access so generally leave a card in the post box so I wasn't surprised. However, when I tried to arrange a redelivery via the website, I entered my daughter in laws address as she is generally at home. I confirmed the details and thought that was it. Several days later there was no sign of a parcel so I contacted Customer Services. The person I spoke to sounded like he had just got out of bed, mumbled all the way through the conversation and I eventually gathered that you can't opt to change the delivery address even though the website doesn't say so!!

The operator advised that the form was a general contact form and not for changing the delivery address and when I suggested that it was still poor service as no-one had come back to me so they clearly weren't monitoring this form his response was a very lack lustre "sorry".

He then advised that I could pick up from the depot but only between the hours of 7:30 - 8:30am. The depot is on an industrial estate not on a bus route and out of town away from where I live and as I start work at that time, is not an option for me. So I gave in and requested that it be delivered in 2 days time. I asked if there was any indication of the time it would be delivered as I didn't want ot take a whole day off work and was advised 3:18pm??? When I suggested that was a very specific time he said that he didn't really know but that was the time they tried to deliver before!!! Hopeless! He said he would contact the driver and call me back. Guess what? Two days later no call or email - nothing.

So I call again and this time get through to a coherent chap who was empathetic and went through my options i.e. pick up or wait in all day. I voiced my dissatisfaction and asked why delivery wasn't occurring as agreed with the other guy and why he did not call me back as promised and apparently nobody knows!! In the end he arranged to have it delivered to my work and as a "favour" they would call me when they were on their way so that I could be outside to collect the parcel. I'm a pretty tolerant person and understand that things go wrong sometimes but these items were for a wedding on the weekend so it was essential that I had them. All I can say in regards to this mob is CouriersNoThankYou!!!
Helpful (0)
Thank you
The Castle
“So contempory design...genius detail”
I thought I would take a bold move by ordering bridesmaid dresses on line..... so many horror stories right?
However my experience was brilliant! Lovely people; easy to deal with; top quality product - all my gowns were finished beautifully; great price and you got what you saw in the process!

BUT - beware their measurement scale does not work! Your dress is based on your wide point.and your

Super lomg though!
Helpful (0)
Thank you
Dorothy Perkins
“Great site, easy to use and prompt free delivery”
As a pom living in Australia I often miss some of my home bands from the UK so I was excited to see that Dorothy Perkins (affectionately known as Dotty P's back home) were now delivering to Australia. So with much excitement I went to the site and 3 pairs of shoes, 2 tops, a dress and $350 later I had satisfied my retail needs!
The site is easy to use and items are displayed both on and off the model so you get a good idea of fit and style. Payment was easy through PayPal and I immediately received a confirmation email. I even got free delivery as I had spent over $60! I was then kept updated as to the progress of the delivery and received my goods within a week. The items were of good quality and sizing was spot on.
So I would recommend this site to everyone! Love love love Dotty P's!!!
Helpful (0)
Thank you
Agoda
“Just so easy.....”
Site is easy to navigate and to sort through results. Good prices and can hold rooms with no cancellation fees. I have a wedding next year and know that guests will be coming from interstate and from the UK although I don't know exact numbers so to be able to hold accommodation with the option to cancel works brilliantly for me!
Helpful (0)
Thank you

Investigation consists of an email or phone call saying they will get back within 48 hours. 48...

Received an email in the morning that the courier had attempted delivery and was unable to. I was...