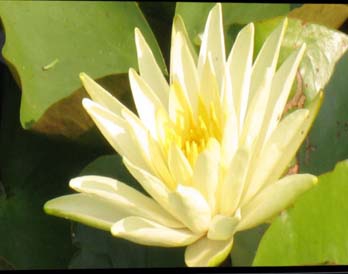 The course is very expensive and you'll have to either move to Beaconsfield or do a hell of a commute. I hate to say it, but the school operates as a studio and you are labouring for free to promote the school.

NFTS is the most ruthless, cut throat environment I have ever been in. Nik Powell (head of the school) will only help certain people -his favourites. Often the people he helps are the ones that have proved themselves to be utterly ruthless - a girl comes to mind who stole another girls work who was a favourite of Nik's. Jon Wardle, the registrar, is a total bully, and you'll have to go through a couple of excruciatingly patronising and insulting interviews with him before you're allowed to graduate.

Yes--getting in is just the beginning! Once there, you can be expect to be pushed to your absolute limit by your teachers - very few of whom are actually nice people. It is common to see people having total emotional crying meltdowns during and after reviews from teachers. I encountered a couple of teachers who were downright sadistic and seemed to want to see me fail (which I didn't, and the both teachers both left whilst I was still there, thankfully).

The political tension within the school is unbelievable. Teachers having affairs with each others wives, wtf! During my tenure, a visiting tutor who had her eye on the position of head of documentary department (which was already filled by someone who had been doing it for years) tried to sabotage the entire department in her attempt to steal this guy's job from him. This had such a knock on effect that the filming of all 8 documentaries that year had to be postponed.

The most $#*!y, fake atmosphere I've been in since my days at an elitist boarding school. Everyone is in so much fear about being criticised that they constantly $#*! about everyone else and bring other people down to try to take the heat off themselves. NFTS will take the nicest, purest person into a selfish ****. I know, it happened to me.

Obviously, you're in a small town, you're under a lot of pressure and you're creatives - you're going to end up partying very hard at times and hook-ups will happen. Be prepared for everyone in the school to be salivating over the juicy details of what you did the next Monday! Yes, this is more high school than high school itself.

This place very much reflects the nature of the film industry. But you should be getting paid a hell of a lot for working so hard and under as much stress as you do at NFTS. Be very, VERY wary of the way they promote their successful graduates and imply that it will never be difficult for an NFTS grad to get work, which is not true. Once you graduate, NFTS does not have a use for you anymore, and it will be very difficult to get the school to hook you up with their connections unless they are convinced you are the next big thing.
Helpful (5)
Thank you

Tilly hasn’t received any thanks yous.

Tilly doesn’t have any fans yet.

Tilly isn’t following anybody yet.