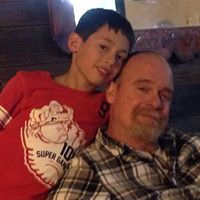 PremierValleyOralSurgery
“Not a good experiance.”

My 9 year old had surgery done, to remove a tooth growing the wrong way.
After the surgery, I asked to see him and the office staff said, they don't allow anyone in recovery. I insisted, knowing my son was coming out of anesthesia, and can have many complications doing so. Finally, I was escorted to the back, where I found my 9 year old son, by himself, sobbing, incoherent, drooling and retching.
No one around, except a gal, who was in the next room, not realizing my son was in danger of choking or asphyxiating, on his own vomit. I was very unhappy and demanded to know why my boy was left alone coming out of anesthesia. They circled the wagons and while admitting he was alone, for some reason, they kept harping on my not being able to see him. I also found out that the surgery required two incisions into his gums and not the one that was told to me by Dr. Reed the D. D. S. Dr. Reed didn't bother to tell me it was necessary for two incisions instead of the 1.
Something minor here, but I received a very snoty, unprofessional note on my bill statement that" I had, 10 days to pay what, the insurance didn't cover". This from just one billing cycle.
This happened just as described. I wouldn't put something on Yelp, or this site, if I thought I could be sued for slander. You decide.

That was fun, let's go again!

Checked out this place recently? What was your experience like?
Write a Review

Been to this place in Fresno? What's your take on it?
Write a Review

Been to this place in Fresno? What's your take on it?
Write a Review