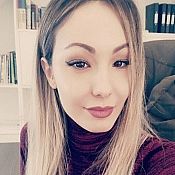 Disappointing! Ordered an expensive laptop on the 16th of March. They shipped via DHL. A week later they discovered that it was not possible to deliver it, because it had batteries included, so I had to wait until it returned back to them to resend it via UPS! I was calling every day, and sending emails too, the response was slow and insufficient. They told me that they sent it on the 23rd of May. Until the 26th there was no update on the tracking status, so I called them, and they said that they already sent it. I did not believe them, so I called the UPS and they told me that computeruniverse did not arrange a delivery with that tracking number! So after calling many times, they finally sent it, the next day and they gave me NEW tracking number! ALSO I had to pay 55euro more, for the extra UPS charge, as it was not my mistake that it was not possible to be delivered bu DHL, and at first they asked even more money for the UPS cost, more that their web-page listing stated! Avoid them!

Thea hasn’t received any thanks yous.

Thea doesn’t have any fans yet.

Thea isn’t following anybody yet.

Avoid at any cost if your are English speaker. The support never reply to any email. And i got...