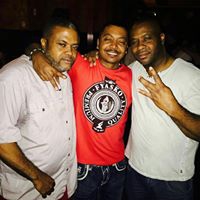 Afrikanvoodoomagickpowers
“This website is a SCAM”
I sent $400 and I know he picked it up told me he was going to contact me after he received the money I never heard from Mike Phillips and two months later have not received my package. Word to warn I would not trust this guy Mike Phillips is his name that he told me I rate this person character and credibility with no stars wish I had read this before I sent it don't be like me do your research "Fraudulent Business"

Tip for consumers:
Fraud the reviews on the site are fake

Terrence hasn’t received any thanks yous.

Terrence doesn’t have any fans yet.

Terrence isn’t following anybody yet.

I have worked with this thief and all he does is rips people off. Do NOT trust...

Dis site is a big scam that defraud people - whoever that operate this site should be locked up...