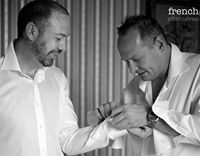 FishIsFast
“Great service!”
I have used several forwarding companies and the consolidation service at FishIsFast is by far the best. Easy to use web site and very competitively priced.
Helpful (1)
Thank you
Viabox
“Terrible, could not be worse!”
Google search terms: "VIAddress wsbt"
"Elkhart company under investigation after complaints filed from around the world"
"According to the attorney general's office, they have received complaints from all over the world, including Canada, Russia, Australia, the United Kingdom and Switzerland. The Better Business Bureau has 45 complaints on file and in just four months the Elkhart County Sheriff's office has received 180 complaints."

They were previously called viadress, probably changed their name to avoid people finding out about their previous horrendous reputation.
Its also likely for small amount of items, say 1-3, with a small weight, has less chance of being "lost", than bigger quantities and bigger weights. Someone may make it "lost", then process to get refund takes months, so its likely customer becomes tired of this "refund" process, and never gets his "refund" back.

Terrence hasn’t received any thanks yous.

Terrence doesn’t have any fans yet.

Terrence isn’t following anybody yet.