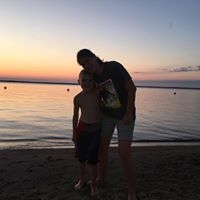 I ordered a May comic block. This was my first and last order from nerd block. First the order was significantly delayed due to a printing issue. Then I was notified that my order would be sent with a mystery shirt and I would receive the correct shirt once the printing issue was resolved. Got the block about a month and a half late with a terrible mystery shirt. Well it's almost October and I still have not received the correct shirt, nor have I received a response from my inquiry to their customer service about what's going on. Would not recommend anyone order from Nerd Block.

Teresa hasn’t received any thanks yous.

Teresa doesn’t have any fans yet.

Teresa isn’t following anybody yet.

I ordered a box for June. It didn't come till end of July and was severely damaged and items were...

Had subscription for over a year with no issues until now. May box was late. Received June box on...