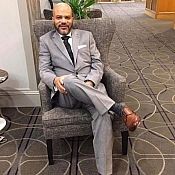 If it were possible to give fewer stars I would. I took my daughter to this office today because she has an abscess on one of her molar teeth. So, my wife and I walk in with my daughter and are presented with New Patient forms by a young man who appears to be the receptionist, which we complete. After completing the forms an even younger looking gentleman, who was very polite by the way, comes out to take my daughter to the back for an x-ray. After he takes the x-ray, he begins to diagnose the reason for my daughter's abscess, so logically I assumed he was a doctor. When I ask if he's the doctor, he responds that THE DOCTOR IS NOT HERE. (Yet, he is diagnosing as if he were the doctor. And if no doctor is present, who here is authorized to examine patients?) Alright. So he then tells me that they will be prescribing an antibiotic and that I am to bring my daughter back in a week. Again, NOT A DOCTOR, but not only diagnosing, BUT PRESCRIBING MEDS! My daughter and I then step out the office and go back to the reception area. The receptionist then says that he also took a look at the x-ray and then gives the same same diagnosis as the other guy. (So, that's two non-doctors diagnosing) He then says that a prescription has already been called in for us to the Rite Aid a few blocks away. When I state that I preferred that he call it in to CVS which was more convenient, his response was, "I already called it in." Now I am actually a Dental Office Manager by trade. The only reason I took my daughter to this office was because the doctor I work for does not treat children and their location was convenient; however, it was huge mistake going there. A mistake we will not make again.

Terek hasn’t received any thanks yous.

Terek isn’t following anybody yet.

Still horrible and they threatened me because I gave them a bad review. They sent me a private...