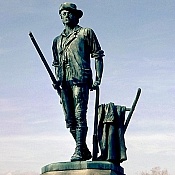 Sears
“Kenmore Profile Refrigerator with an LG Compressor Issue”
When purchasing a Kenmore, I saw a label that showed the LG Compressor was guaranteed for 10 years. The salesman pushed that fact during the sale as well. The problem is that that's ONLY a sticker, and it does NOT reflect the quality nor the lifespan of the refrigerator. If you verify the stats, you'll see that the LG compressor breaks down around the 3-5 year period and you'll need to have it replaced. LG will NOT give you a new one, as LG and Sears required that you have a certified HVAC Tech' replace it, which is MORE than the compressor, and most folks choose to get a new fridge than to pay the price and deal with Sears. I called everyone to get a replacement compressor and every time LG did NOT HONOR THEIR WARRANY at all. I even sent supporting evidence that the compressor was shot, and still NOTHING. I'm elderly and disabled now, so every penny counts. They both failed to live up to their hype and warranties. The compressor was drawing so much current that it also damaged the main board in the process. Bad design and a bad deal as it failed around 4 years or so of normal household usage. Under the 10 year LG Compressor Replacement Warranty.
Not worth the frustration and the pain.
5/25/2020 2:51 PM

Helpful (0)
Thank you
Www8.hp.com
“HP8720 ALL IN ONE PRINTERS”
HP8720 ALL IN ONE PRINTERS
Since I had great luck with the HP7410, I went with the HP8720 thinking that HP continued their quality and support. I was wrong. I was even told by the associate in the store that they're bad and people are complaining, but didn't take it seriously until I became the next victim. The printer started breaking down about 3 months after I purchased it. At first I thought it was a cartridge issue, so I replaced the cartridges. Than I read that HP had software/firmware that prevented anyone from using cartridges other than HP. After contacting HP and doing further testing, I came to the conclusion that the printheads themselves were prematurely going bad if you had low usage, like home use. After I reported the issues, I didn't get anywhere with HP that would help me with the issue, and now the HP8720 is just a big paperweight sitting next to my desk for about a year now. Being confined to our homes, it would be extremely beneficial not to have good printer. HP products, especially my printer is nowhere close to what they once were. BAD deal for the elderly and disabled, since you won't win the fight with billionaires... No new printheads, as they're too expensive for me to afford and replace on my own. Nothing else helped. You get Delays and the runaround until the Warranty expies and then you're tatally on your own.
Tech
5/25/2020 1:02 PM

Helpful (0)
Thank you
Camera Power Pro
“Failed to deliver nor return my money for the non-delivered battery”
I ordered a camara battery 2 months ago and didn't receive the battery. I requested to cancel the order, and was told I would receive the refund into my account, but have not received either yet. I also sent an email to the company and have NOT received a response from anyone at all. Tracking shows that it's still in CA and has NOT chanced for over a month, and my checking account did not receive the refund. I fear this is a hoax. PLEASE exercise caution or just avoid taking a chance with this vendor. SCAM!!!

Tech hasn’t received any thanks yous.

Tech doesn’t have any fans yet.

Tech isn’t following anybody yet.

So here's a story for you.....please bare with me, this is a long Sears appliance review. So our...

My company has been selling on the Sears Marketplace for about 7 years. Sears owes us...