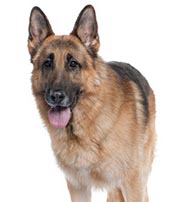 Custom Tailored Upholstery
“Crappy workmanship”
Bernie was invited over to recover a sectional. Bernie took a deposit and promised to return in April to begin work.

I started having a bad feeling about the experience and when bernie finally picked up I began having second thoughts as I doubted his ability to deliver on what I asked to be done.

The couch came back after 2 weeks. It was covered and felt alot better than it previously did. An hour after he left we had to call him. We discovered a small hole in the seam between the cushions and the couch squeeked badly. (One of the issuse brought up before work was done )

Bernie did offer to come and address the issue, however when I emailed him very politely about the quality of work and not meeting my expectations, he responded with "if you continue to berate the work I have done I will have no further contact"

"The squeek does not make it uncomfortable"

Update* refuses to take a look at the issues now unless we bring the couch back at our expense.

tanya hasn’t received any thanks yous.

tanya doesn’t have any fans yet.

tanya isn’t following anybody yet.