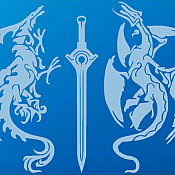 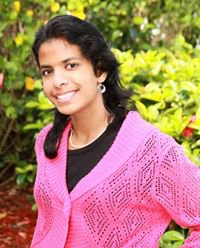 Alibaba
“Custom soccer jerseys arrived on time!”
My brother is a lead coach for his own non-profit soccer team for our city's local soccer league and he was told by his friend to order some jerseys for the team. He had no where to start when another friend of his suggested that he orders them from Alibaba.com.
It was worth to give it a try.
His first step was to contact a sports company that manufactures proffesional jerseys for professional sports teams. Hong Ye Sports was the company that my brother bumped into and he ended up contacting with the seller through facebook! He sent the inquiries and concept designs for his team jersey as exactly as described. It was perfect. They asked for $1,480 for both the sample costs and the real delivery because the seller said that they produce jerseys for the professional teams with a HIGH QUALITY material.
We all understood that.
As it was shipped, 15 days later it came on our doorstep at the perfect time.
2 kits of 24 jerseys- one home and one away- was in a perfect quality and shape as they were individually packed in clear plastic wrappers.
Perfect experience with the orders!
I recommend this company. Never scammed by them!: D
P. S: I was also thinking to buy fake Beys from there.
Helpful (10)
Thank you
FanFiction.Net
“Honestly, fanfiction.net was my first site to end up...”
Honestly, fanfiction.net was my first site to end up writing fanfictions.
The pros of the website is that you can post you fics for free and put anything random on your profile. The cool features they had was highlighting, and copy and paste. But to protect the text and idea's of other people's stories, they disabled the highlighting/ copy and paste.:(
But you can still do that in Mobile version on desktop! XD
So, I had just listed the cons and I was about to go to the pros which is Private Messaging (only if the other user is roleplaying.)
The site has the perfect place to Private Message to another user. Maybe now I use it to only PM users and update my stories very rarely. Depending on what my schedule is.: P
Perfect site for PMing! XD
Helpful (2)
Thank you
Listia
“I have to say some pros and cons about Listia”
I have to say some pros and cons about Listia. It first started when a friend of mine on Facebook introduced Listia to me. At first I was stumped and my curosity made me gasp with wonder. I couldn't even want to believe this thing. You get FREE STUFF? WOW! Amazing. I eventually started my "first account." I fairly started listing auctions through Digital Delivery, winning other auctions, and earned credits through surveys mostly. It's been going on for about 2 years until my account got suspended because of listing an ice cream recipe from a video game. Really!? I didn't do anything wrong in the first place!? I then started to realize my mistakes. I was actually violating thier auction rules by listing programmed "dot exe" files through digital delivery. It was then that I just STOPPED using Listia.
After about a few months, it was a hit to me again. With my first account suspended, I secretly re opened a second account, this time using my Gmail account. Yes, it still continues today and I never got suspended. Funny thing is, the administrators never found out that it's the same person trying to open another account. Plus, I had to change my name to "Isabella" (won't tell you last name- even though it's fake)
Overall, the site is okay. I have won many things from many trusted and friendly sellers and have received many positive feedbacks from them. Something that bugged me very much today was when ListiaJamie told me that my credits couldn't be refunded from the emergency dispute I had placed for the seller.
Ah, well. Another thing is that I always (fair and square) earn credits through surveys, but...
Are surveys even safe?
And, this is how I ended up writing a review about using Listia on SiteJabber. XD
Helpful (2)
Thank you

Tabitha hasn’t received any thanks yous.

Tabitha isn’t following anybody yet.

We had some problems with the customs. At the end, everything is ok. Up today we had no...

YOU CANT GO WRONG AND WHEN YOU FIND SOMEONE YOU COMPLETELY TRUST STAY WITH THEM. VERY SATISFIED!...