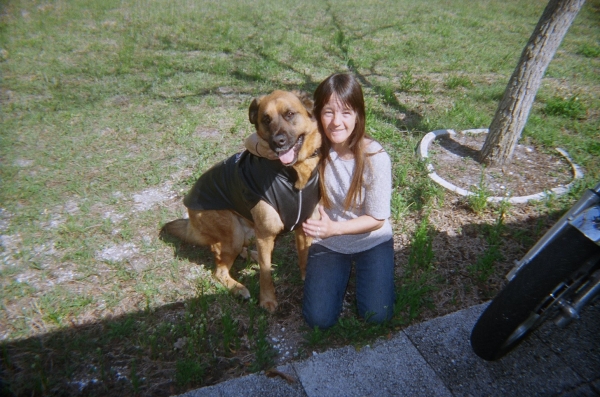 I'm 53 working at Hess corp. I spend alot of time when I'm not working on the computer. I have a dog named Sam who is shepard and st. bernard mix. Divorced. I'm from Delaware but have lived in Florida for 16 years. I had a son but he passed away in 2005. He was 23 years old.

I learned to use a computer about 5 years ago. I learned how to do maintenance by trial and error. Can do most things that a tech can. I have learned not to open just any e-mail or go to movie sites unless you google them first and most of all don't download updates from pop up windows. Go right to the site. If you don't your asking for a virus. Adobe is one of them.

I did 2 searches to see if this was real and it's a fake. My mother and father passed away in the same apt and it told me no deaths had occurred there. My father died in 2001 there from cancer and my mother just passed away on April 16th this year in the same apartment. Then I ran another search of an old neighbor who killed his wife and then killed himself by taking an overdose and the same thing happened. No result of any murder/suicide at that address. I lived 2 houses away from these people. Don't waste your money.

Please accept my deepest condolences for the loss of your parents. I am also sad to hear about the tragic death of your neighbors.

I am sorry that the system did not find the record that you were looking for and that you are not pleased with our service. A death not displaying on a report does not mean that it did not occur; all it means is that we were not able to find it and our data providers do not have any records of the event. It would be impossible to have every death that occurred in a home, but we are doing our best to tie in as much data as we can and as fast as we can.

Your service is not complete; we will now do some further research for you online during the next 30 days. We will contact you immediately upon finding any additional information. Also, in 30 days we will rerun the address through the system and provide you a second updated report. In 30 days simply log into your account to find your updated report, hopefully we will be able to find some additional information.

We do not have or claim to have all of the records. No one has all the data on anything. Car, house, or even background check report companies and government agencies do not have all data. This includes the big three credit bureaus and the US government. Even though we state that in the Disclaimer, Terms and Conditions, FAQ and in all of our press, some customers think that we do claim to have it all. If we could have it all that would indeed be nice, but it is not reality. Therefore we do our best to provide our customers with as much data as possible so that they can make the best decision for themselves before deciding to buy or rent their new home.

As of today there are roughly 5 Million positive records of death in our database and we increase that count by 500,000 per year, but we are not even close to having all records. We have roughly 350,000 manual entered records that can reach back as far as the 1800’s, but most of our records, automated and manual are from the mid-1980s to present.

Our disclaimer states that DiedinHouse.com is merely a great tool to use to assist you with finding out if someone has died at a specific address. It is always recommended that before anyone purchases or rents a home, to run a Died in House Report, ask the seller if they are aware of any deaths, speak with neighbors, search the address online and check government records for any information related to the property.

DiedinHouse.com was developed to help people who care to know, find out if a death has occurred at an address before they decide to buy or rent. In most states it is not required to be disclosed to buyers or renters. This happened to me and I felt that a tool like this could help others like me as well as Realtors who are searching on behalf of their clients.

Please review our FAQ to learn more about DiedinHouse.com before making a purchase. Also feel free to email us any questions before purchasing at: info@DiedinHouse.com.

I am sorry that you are not pleased with our service, I hope that in time we can win your confidence.

Gygan
“I downloaded this site and it was cheap to download...”

I downloaded this site and it was cheap to download movies up to 10GB for very little and it gave me the movies but when I downloaded Hits of the eighties I got a back door trojan which I had to rewrite my windows and delete my windows. Old. It said it came from xerocode/sandbox. I had accounts for my prepaid creditcards on my computer so I didn't want to take the chance. I called them and they said they didn't have viruses in their system. They were nice but I didn't get my money back. So much for cheap sites.

susan hasn’t received any thanks yous.

susan doesn’t have any fans yet.

susan isn’t following anybody yet.

I looked up 3 addresses, 2 of which I knew people had died in their homes. What I got back in the...

I came to this site and read the reviews, so I guess it was my fault since I was prewarned. I...