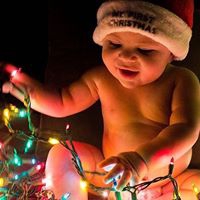 Don't buy a Fiat because they don't stand behind their products! I purchased a used 2012 Fiat Pop May of 2014. In June of 2014 it needed a new purge valve solenoid and had a rotted transmission ground strap. The vehicle at that time had 54,274 miles on it. It had to go to the dealership in Johnston RI to be repaired. In December 2015 I had to replace a broken motor mount. My mechanic also stated that the control arm needs to be replaced. He called the dealership in Johnston RI and was told the parts on the 2012 control arm had been replaced with what the 2013 Fiat has because of poor engineering and that we would have to buy 2 lower ball joints, axles and knuckle bearings. The cost 1,800 not including labor. He asked if it was a recall and was told it was not. They advised him that if the vehicle was still under warranty and under 60,000 miles they would cover it. My anger comes from that vehicle would have been covered had the dealership done the right thing when the car was there in 2014. They knew at that time those parts were faulty. January I broke down and needed to be towed because of the Alternator and battery. February I need a thermostat, sensor and housing. What next? I called Fiat to complain and all they could say over and over again "The cost of parts denied and the vehicle is out of warranty""! I'm not asking about reimbursement on all the other repairs. They just need to do the right thing and stand behind the faulty parts when they knew it was an issue. Not to mention you can only get the parts from the dealership and they are rude and difficult to deal with. The cost I just shelled out for the alternator 389.70 and battery 155.69. Total for that repair with labor 741.98. I purchased the vehicle for 9,000 after my trade in. I am so angry I just want to get rid of this vehicle but can't. I still owe 6,000 on it and when I looked up the Kelly blue book the car is worth 3,000. All I want is for them to repair this control arm issue with no cost to me and they won't! Learn from me and before you buy do lots of research. The parts are very expensive and the dealership and customer service are sneaky and very rude to deal with.