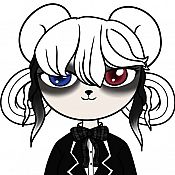 GaiaOnline
“Hw the mighty have fallen”
What was once a great anime discussion/dress-up doll site from the early 2000s has now devolved into a wasteland of begging and lootboxes. The magic that this site once held has long since faded. Rampant inflation, multiple changes in management (each worse than the last) and the loss of a large percentage of its userbase has led to Gaia being on its last legs. Only the most hardcore fans and nostalgic users are still around any more.

Unfortunately, this has also lead to a dip in moderation and safety on the website. Gaia is a 13+ website, but it's well known that younger users frequent it. These two things, combined with the aging population of older users, has lead to some very obvious, very dangerous situations. Certain faster and less moderated forums will often see open sexual activities in large topics, with the offending posts drowned out from obvious view by a handful of users bumping the threads for money.

To call Gaia a breeding ground for pedophiles is to call carborane acidic. The only positive here is that the site itself with its dated appearance, hyperinflation and hostile forums will keep some of the more vulnerable users away. Still, it is definitely not a site that you should let your children access. Be extra careful if you see them using Gaiaonline.
Helpful (1)
Thank you
E621.net
“A porn site for pedophiles, by pedophiles”
E621 is a popular website for the uploading and viewing of drawings of anthropomorphic animals (furries.) However, there is a far more sinister side to this site.

Numerous prominent users have been banned for arbitrary (and non-rulebreaking) reasons because they have come too close to the truth.

This site and its administration team will inevitably be investigated and likely shut down in the coming years, as it encourages illegal activities and suppresses those who do not approve.
Helpful (11)
Thank you
Chatzy
“A breeding ground for pedophiles”
The site itself is not bad, but it is a breeding ground for pedophiles. I have encountered numerous rooms where adult men are very clearly grooming children under the guise of 'roleplaying.' There are even chat logs available of these adults admitting to knowingly having cybersex with users who are underage. Despite this, even presenting with the evidence, the Chatzy administration does nothing to stop this. Be warned, if you find this site in the history of your childrens' computers or phones, block it immediately!
Helpful (4)
Thank you

Sun hasn’t received any thanks yous.

Sun doesn’t have any fans yet.

Sun isn’t following anybody yet.

Well. Gaia has hit a new low. I didn't believe was possible... Even for them. I saw with my own...