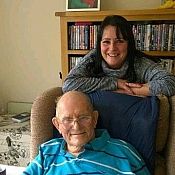 BookingGroup
“Awful experience with this rental company, ended up paying nearly 300.00 gbp more”
This company is just a broker and have no care what so ever as to what unscrupulous company they are booking you with and just brush their hands of any issues you have/had.
Our paperwork told us we would be met in the airport foyet by the rental company but after waiting and searching, no one showed, we enquired at the airport desk, who told us the rental company had an office across the main road outside, so we struggled across with all our suitcases to find no one in the office either.
The contact number we had on our form, no one answered, after trying many numbers written on the little shack of an office door, eventually one of the numbers answered and we were told he was on his way.
On arrival he said he would upgrade us for free for our trouble, (the condition of the upgrade made us dread to think of the condition of the car we were going to have)
In the shack of an office, the company started adding all sorts of payments on top, which added to an extra 268.47 gbp on top of the price we were given, we could not cancel our rental as we had appartments booked all over the country that we needed transport to get to, so we were over a barrel
The cars issues soon became apparent, when it rained, the windscreen wipers were next to useless, the seats had springs poking up, the car was filthy and tatty
The rental company was ADDCAR so definitley avoid them too
on our return, around 20th September, i e mailed Booking group immediately with our complaint and its taken them all this time, to let us know that basically they brush their hands of it all, they are NOT interested at all and are not prepared to even try to get some of our money back, my advise AVOID!!!!!!!!
We´ve used many rental companies over the years in many countries, this was by far our worse experience
Helpful (0)
Thank you
Cretarent
“Highly recommend, perfect service”
The whole service was perfect!!
we were met as we stepped out the airport by a gentleman holding a name board, he took us straight to our car, which was brand new, payment was made there and then and off we went
Returning the car was so quick and easy, no issues what so ever
I would confidently and happily use Cretarent on our next visit to Crete
Helpful (0)
Thank you

Sue hasn’t received any thanks yous.

Sue doesn’t have any fans yet.

Sue isn’t following anybody yet.

First of all, if you have any complain or problem with your reservation THEY DON'T HAVE any phone...

When I booked a vehicle at $97 for two days, what a shock I had when the car rental people...